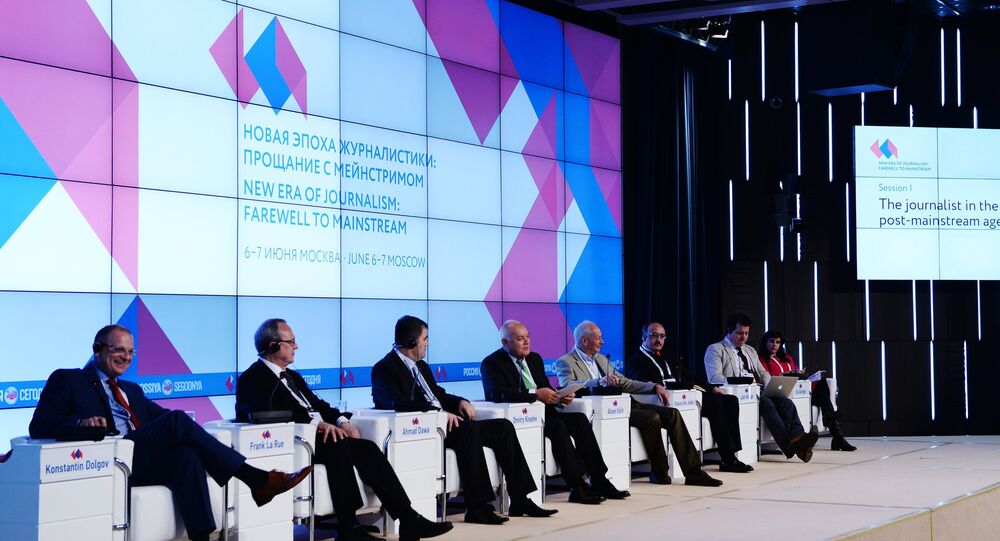 A live broadcast of the journalistic forum titled "The New Era of Journalism: Farewell to Mainstream". Experts from 30 countries from around the world analyze media trends, discuss the so-called 'post-mainstream' era and try to reveal the driving forces behind it.

Russian President Vladimir Putin has attended the second day of the international media forum to congratulate the journalist staff and the participants of the forum on the 75-year anniversary of the establishment of the Soviet Information Bureau, which later evolved into Rossiya Segodnya.

"Information should be objective and the freedom of speech should not be oppressed or limited," Putin said.

He also said that crackdowns on journalists for spreding information are unacceptable, while authorities should support media freedom.