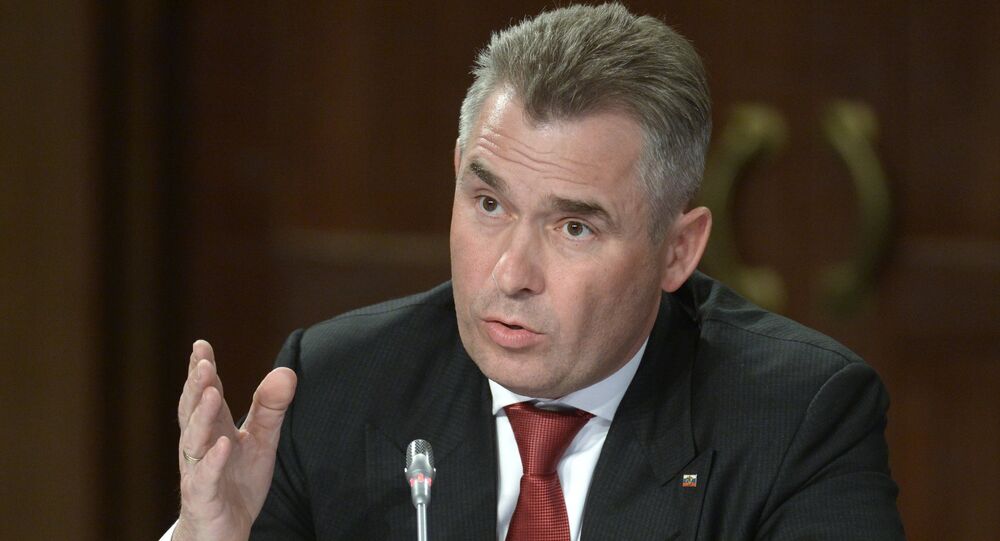 © AP Photo / Hassan Ammar
Russian Troops Deliver 3.9 Tons of Aid to Syrian Children
MOSCOW (Sputnik) — In late 2012, the Russian parliament approved legislation dubbed the Dima Yakovlev law, which stipulated a ban on the adoption of Russian children by US nationals. The law is named after a Russian toddler who died of a heatstroke in 2008 after his adoptive US father left him locked up in an overheated car for hours.

"The US side insists on discussing the consequences of lifting the ban on the adoption of Russian children by Americans. We agree to discuss the issue, but today, we have no basis to resume US adoptions, especially given that they have not made the system more transparent," Astakhov said in an interview with RIA Novosti.

The Russian side is prepared to travel to the United States to hold talks on the issue, he added, noting that matters to be discussed include tracking the fate of children adopted prior to the Dima Yakovlev law, as well as cooperating the in the areas of sport, culture, education and healthcare.

In 2015, Astakhov said that US nationals have found ways to bypass the ban, mainly through mixed marriages. The Russian Foreign Ministry later asked the United States to explain the adoption of 11 children since the ban had come into force, a request refused by the US side.

UN to Launch Fund to Pay for Education for Refugee Children