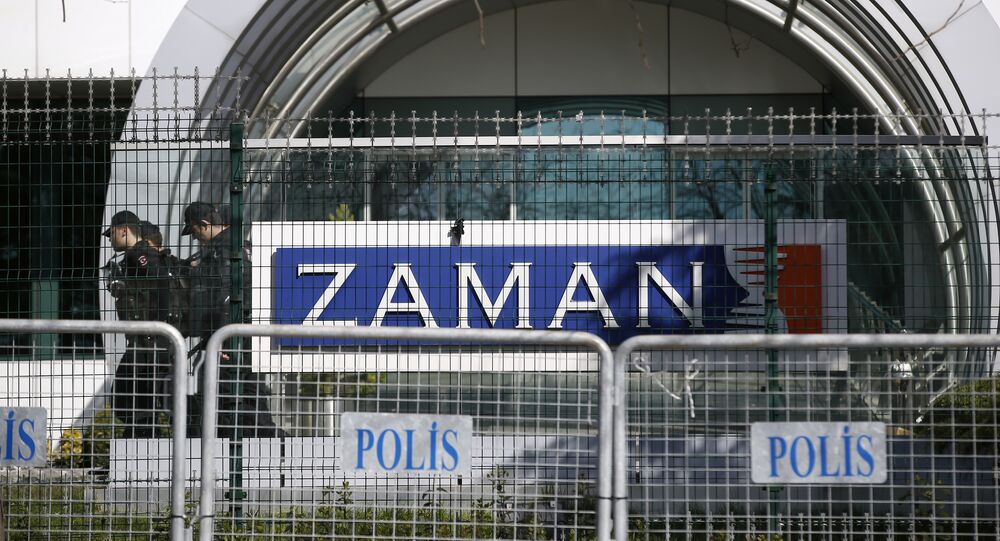 Turkey’s ranking in the World Press Freedom Index has dropped due to the ongoing conflict in Syria and continued fighting with the Kurds in Turkey, Reporters Without Borders (RSF) announced in a press release on Wednesday.

"Located on its southwestern edge, Turkey (151st) suffered the region’s second biggest fall in score because of the turmoil resulting from the Syrian conflict and the resumption of fighting with the PKK [Kurdistan Workers’ Party] Kurdish rebels," the release stated.

The Cairo bureau manager for Germany’s public ARD channel reported on Tuesday that he was prohibited from entering Turkey for undisclosed reasons.

The international community, including the European Union, Russia, the United States and the United Nations have criticized Turkey's ongoing crackdown on journalists and tight press restrictions.

The annual World Press Freedom Index ranks 180 countries based on measurements of pluralism, media independence, the quality of the legal framework and the safety of journalists in each country, according to the RSF.