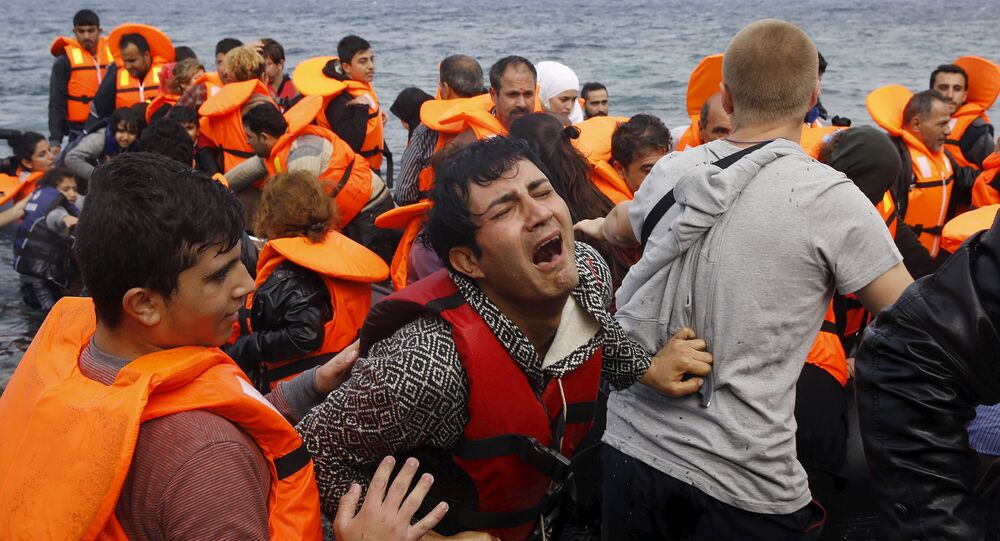 A Swedish study published in the BMJ medical journal finds that refugees have a three times greater risk of developing schizophrenia, while experts warn that post-asylum persecution heightens the risk.

The study, conducted by researchers at Sweden’s Karolinska Institute and University College London, found that those fleeing war zones suffered schizophrenia at three times the rate of native-born populations. The study followed 1.3 million teens from the Swedish national register for 13 years. The survey group included natural born Swedes, refugees, and other migrants.

The incidence rate of schizophrenia for those Swedish-born was found to be four new diagnoses per year for every 10,000 people, compared to eight for non-refugee migrants and 12 among refugee populations.

Anna-Clara Hollander, the study’s lead author from Karolinska’s Department of Public Health Sciences, said in a statement that, "The dramatically increased risk among refugees shows that life events are a significant risk factor for schizophrenia."

Hollander stated that "traumatic events, including persecution, conflict, or natural disasters contribute to the risk of developing the disorder."

The study’s co-author, James Kirkbride from the Psychiatry Department at University College London said the study underscores "the need for specialist care and support and in most countries refugees undergo standard health checks, but too often mental health issues can be overlooked."

While scientifically significant, a fear exists that the findings will be politicized to justify anti-refugee measures. In 2015, Sweden took in 163,000 asylum seekers, a record number. In 2016, that figure fell drastically after Copenhagen introduced national border controls to limit the refugee flow.

In the wake of the study, European nations have rushed to highlight common public concerns — largely medical misconceptions — about mental illness, to justify further reducing the flow of refugees. Many cite fears of higher rates of violent crime and the increased costs of attending to this group.

However, in an interview with Radio Sputnik on Wednesday, Dr. Cornelius Katona, Professor Emeritus of Psychiatry at the University of Kent, cautioned that any anti-refugee backlash spurred by this study would only worsen the situation.

"We need to be aware that refugees are a vulnerable population and we should be careful that these people don’t have too much in the way of further stressors," Katona said.

He instead suggests that the appropriate way to respond to the findings is to be more welcoming and to ensure necessary assistance to these refugees.

"The stressors of being an asylum seeker, of being a refugee, of having difficulty securing accommodation and employment will undoubtedly increase the risk of developing and worsening psychiatric disorders," Katona warned.

Wait a Second, Trump is Actually Right on Russian Airstrikes in Syria