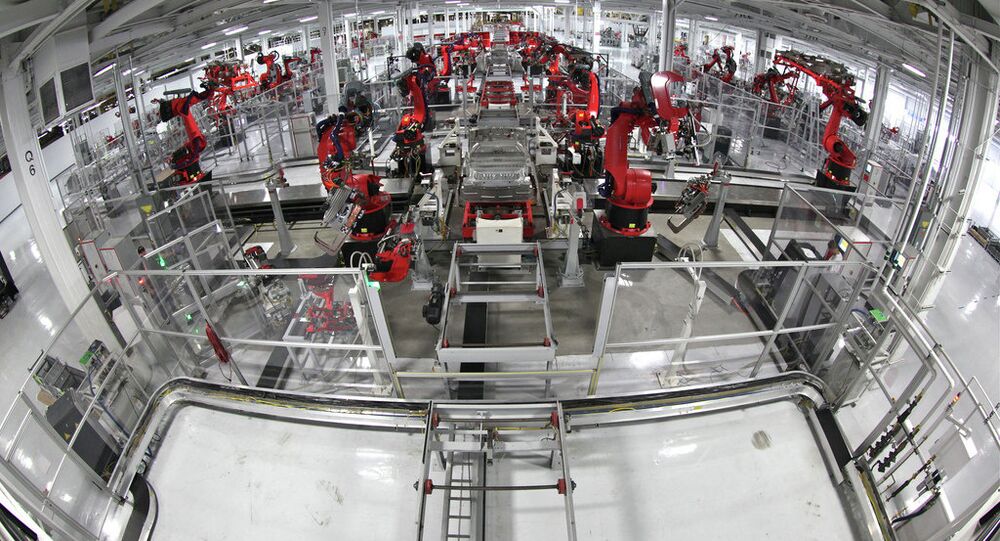 A poll reveals that well over half of all Americans think machines will do most jobs in the next half century that are conducted today by humans.

© Photo : Pixabay
Deus Ex Machina: Should We Be Ready for an Artificial Intelligence Revolt?
WASHINGTON (Sputnik) — Well over half of all Americans think machines will do most jobs in the next half century that are conducted today by humans, but do not consider their own jobs to be impacted by the prevalence of technology, a Pew Research Center poll revealed.

"A majority of Americans predict that within 50 years, robots and computers will do much of the work currently done by humans — but few workers expect their own jobs or professions to experience substantial impacts," Pew said on Thursday.

According to the poll, some 65 percent of respondents said that in the next 50 year robots will "definitely" and "probably" do much of the work currently done by humans, while 32 percent disagreed.

An Oxford University study estimated that as many as half of the all jobs in the United States are at risk of becoming computerized.

‘It’s a Trap’: In an Emergency, Do Not Believe the Evacuation Robot