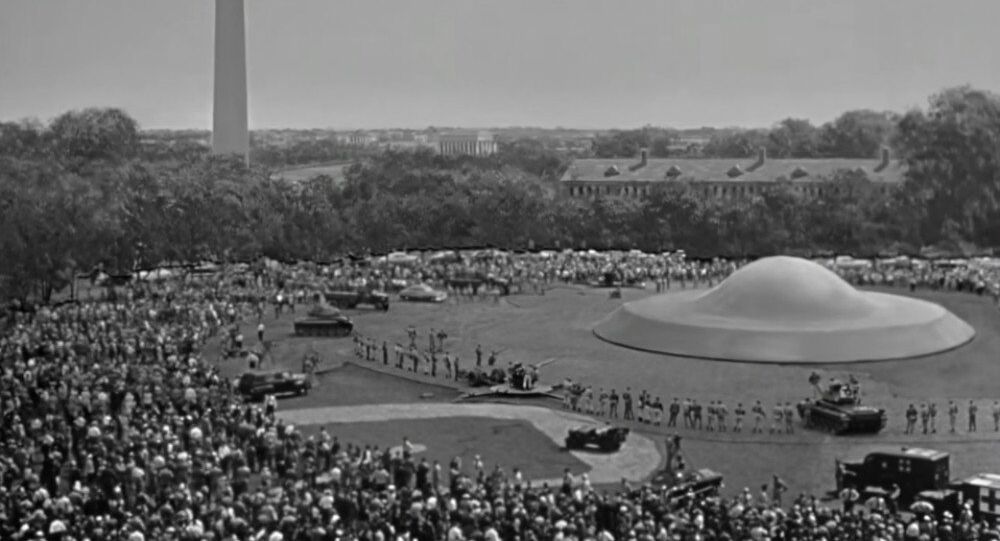 The American public's fascination with Unidentified Flying Objects, or UFOs, was very much the result of an atmosphere of conspiracy and secrecy which flourished during the Cold War, according to Greg Eghigian, associate professor of history at Penn State University. When the Cold War abated, so too did interest in the phenomenon, Eghigian says.

© Flickr / masbt
X-Files Declassified: A Trove of UFO-Related Info Released by CIA
In a fascinating academic paper, which has since made the rounds of conspiracy theory sites and serious news outlets alike, Professor Eghigian laid out a history of ufology, an area of study rife with speculation and conspiracy theories, and its tempestuous relationship with mainstream science, which did not trust ufologists, or their attempts to explain the unknown using the (limited) tools at their disposal.

Speaking to Sputnik about his paper, the professor explained that the American public's interest in UFOs was very much a product of the Cold War atmosphere in which it was born.

​As Eghigian dug through the archives, especially ufology's early years, from the late 40s through the 60s, "what I kept seeing was kind of a red thread throughout most narratives where all these symbols, concerns and anxieties, and also enthusiasms, associated with Cold War issues – nuclear war, fears of nuclear holocaust, anxieties about new technologies of surveillance in the skies – these kinds of things [kept appearing]."

"Once I saw that, I saw this sort of playing out consistently through the 60s, the 70s and 80s. And then finally, when I started to do some investigation into the extent to which the phenomenon had perhaps died down…it does seem to me that there was good reason to suppose that the end of the Cold War might help explain why the phenomenon has died down in the mass media and among the public at large."

Facebook/Marie Mela
I Want to Believe: Possible UFO Spotted in Austria
Asked what it was that compelled him to write his article, Professor Eghigian explained that the one thing that really sparked his interest was "the very widespread sentiment that we are seeing, particularly in the United States, of various kinds of what's often called 'science denial' or the 'science-public confidence gap'. That is, people who are part of denying the science of climate change, or against the vaccination of children, creationism, things like that."

"It seems to me that the history of ufology offers a kind of interesting insight –an example of something that preceded a lot of these things," and something which, unlike many of the science denial and conspiracy theories of today, was a grass roots movement, one which "wasn't really being led by the nose by any major commercial interests, outside maybe some media outlets."

The main factor encouraging ufology, according to Eghigian, was secrecy, "I think it was the sense that government did not tend to like to share information with enthusiasts; scientists for most of the history of ufology sort of had an attitude that 'we aren't going to entertain and talk about this kind of stuff'. And I think that secrecy, that opaqueness, that lack of transparency helped to feed speculation and lead a lot of these enthusiasts into really constantly having to turn to themselves."

© Flickr / William Bakal
Russian Rocket Freaks Out Skywatchers From California to Nevada
Ultimately, the professor suggested, "the UFO phenomenon made a lot of sense, and seemed to draw a lot of inspiration from Cold War concerns about sudden, catastrophic, and utter destruction. The great fear of nuclear warfare, and particularly of this idea of mutual destruction – the possibility that the Soviet Union and the United States might either accidentally or purposely vaporize major parts of the earth or maybe the entire earth, in an instant – that kind of anxiety that was fairly prevalent during the Cold War."

Today, that sort of thing is "something that seems a distant kind of fear and anxiety." Even with tensions between the nuclear superpowers once again on the rise, Eghigian says that it is doubtful that ufology might come back into the mainstream. "I do not see this phenomenon, and whatever residue is left of, it feeding anything along those particular lines, no," the professor concluded.

I Want to Believe: Possible UFO Spotted in Austria

Russian Rocket Freaks Out Skywatchers From California to Nevada