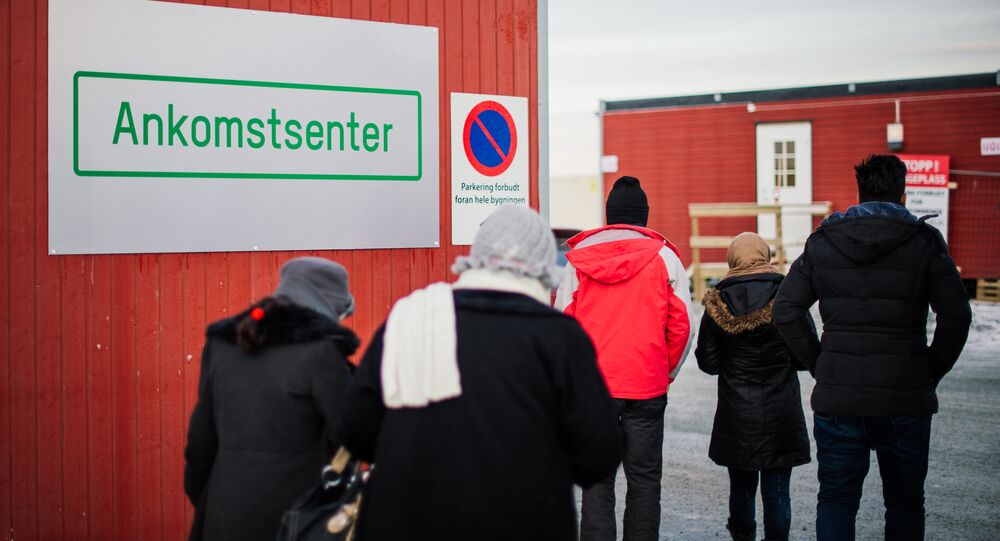 A group of 80 refugees detained in northern Norway may be deported to Russia by plane despite a lack of a mutual deportation agreement between the two countries, a Norwegian police spokesman told national media on Saturday.

© AFP 2021 / JONATHAN NACKSTRAND
Flow of Refugees Via Russia to Norway Dries Up in Recent Weeks
KIRKENES (Norway) (Sputnik) – To date, Oslo has sent back the mostly Middle Eastern and North African refugees by bus or by bicycle, used by a vast majority of the asylum seekers arriving to Norway via a legal loophole in border rules that allows entry by bicycles.

"It may be necessary to return them by plane to Murmansk or Moscow if Russian authorities accept this," Norway's Immigration Police communications adviser Arild Strommen said as quoted by the NRK broadcaster.

"Then the Russian authorities would be ready and they could go through the documents as needed," Haga said.

On Tuesday, 13 refugees were deported under an agreement to return them through the Storskog checkpoint by bus. A group of 30 refugees were due to arrive in Russia on Thursday, but the deportation was postponed for various reasons given by Norwegian officials.

The northernmost migrant route has been used by an estimated 5,500 people fleeing conflicts and poverty in their homelands as Europe continues to grapple with the greatest refugee crisis in decades.