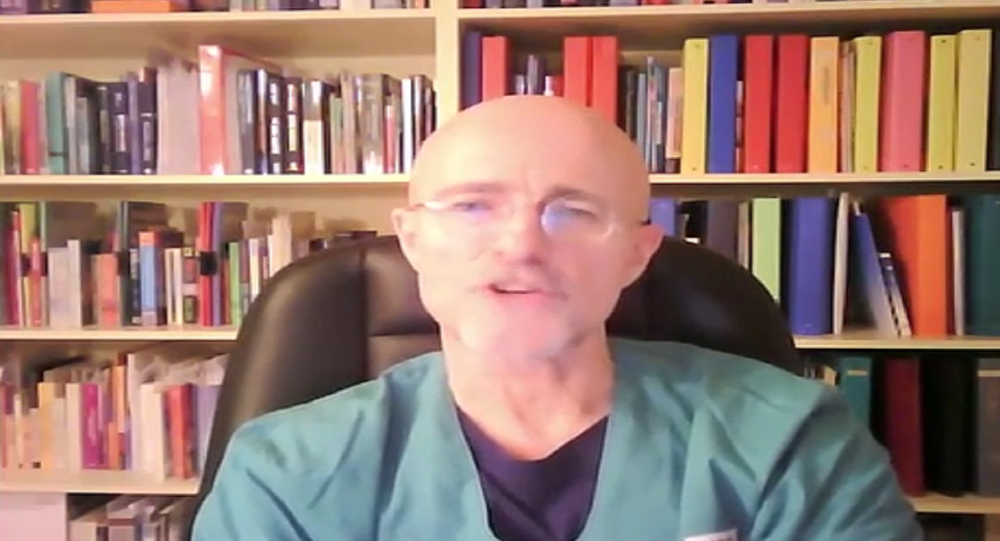 A transplant involving the head of a monkey has been successfully carried out in China, “with the goal of testing cross-circulation and hypothermia as an effective neuroprotective strategy,” according to Italian neurosurgeon Sergio Canavero.

© Sputnik / Kirill Kallinikov
First Ever Head Transplant Patient: I Value My Life And Have Trust in Science
The monkey head was attached to another monkey body in photos recently released. The operation is claimed to be a "success," and the surgeons involved in the procedure assert that there is no brain damage.

"The monkey fully survived the procedure without any neurological injury of any kind," he said.

Fending off criticism expressed by some scientists against head transplants, Dr. Canavero stated: "Today we want to disprove the critics by announcing that professor Xiaoping Ren in China did the first full head transplant in a monkey."

The surgeon told New Scientist magazine that the operation indicated that if the head is cooled to —15C, the animal can survive without neurological damage.

"It's important that people stop thinking this is impossible," he added. "This is absolutely possible and we're working towards it."

The purported scientific breakthrough has its detractors. Neurologist at Harvard Medical School's Centre for Bioethics Thomas Cochrane told New Scientist that the monkey head transplant is "science through public relations." Cochrane accused Canavero and other researchers of publishing prematurely, suggesting that the operation is "frowned upon for good reason."

"It distracts people from actual work that everyone can agree has a valid foundation," Cochrane said. "As far as I can tell, that operation has mostly been about publicity rather than the production of good science."

Michael Sarr, Mayo Clinic surgeon and editor of the journal Surgery, in which three of seven articles about the transplant are to be published, echoed Cochrane, stating that reports of this nature require several edits before being released so as to avoid hasty generalization and unsubstantiated statements.

"Unfortunately, I think Canavero has been a little premature with sending this out," Sarr told Motherboard magazine. "This head transplantation-even the term is sensationalism. I worry tremendously about that."

Russian Man Volunteers for Head Transplant ‘in the Name of Science’