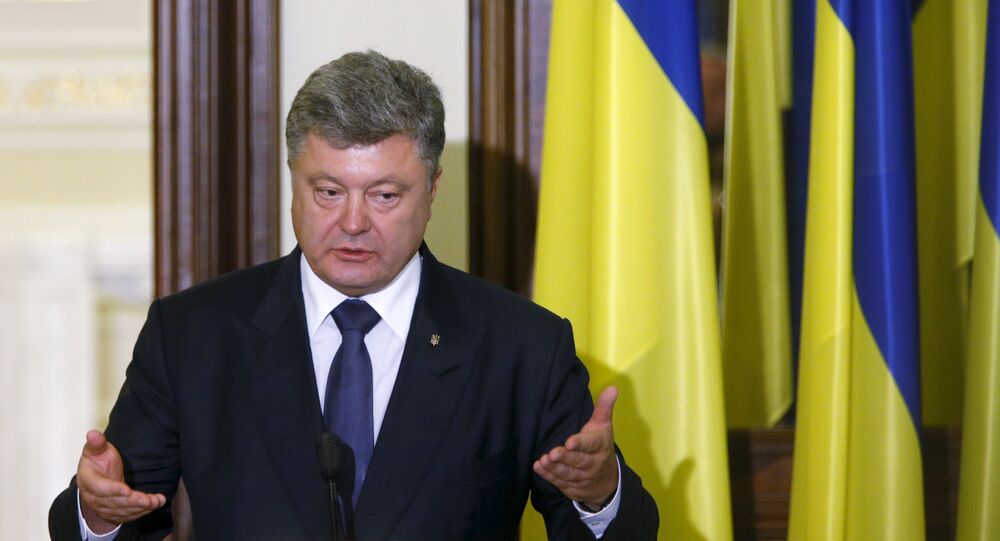 MOSCOW (Sputnik) — Gregg Leslie from the Reporters Committee for Freedom of the Press said that Kiev should not impose sanctions against journalists, even if they are reporting information that is uncomfortable or embarrassing to the government.

"It was done for political reasons more than anything, but it gets back to the fact that they shouldn’t be sanctioning journalists for reporting anyway," Leslie said.

"We find it intolerable that the government decided that they can restrict speech in that way," Leslie said.

© Sputnik / Alexei Furman
Reporters Without Borders Slams Kiev Over Blacklisting Journalists
Ukraine expanded its sanctions list on Wednesday to include around a hundred legal entities and 388 individuals, mostly state officials, politicians and journalists, based in Russia and other countries. The sanctions stipulate year-long entry bans and asset freezes.

More than 40 journalists and bloggers from the United Kingdom, Germany, Spain, Switzerland, Poland, Israel, Latvia and Russia, were targeted by the new restrictions.

Journalists from several Western countries, including the United Kingdom, Germany and Spain, were later removed from the list.

Spanish Newspaper to Refrain From Protesting Over Kiev Blacklist