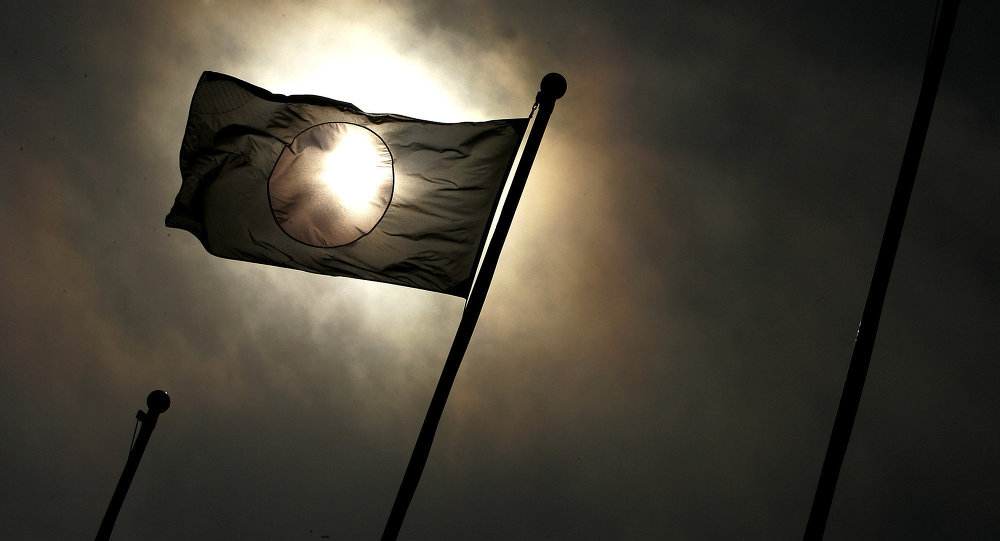 An action group protesting against impending bills on Japan’s national security seeks to lower the public approval rate of the government.

Nationwide protests launched by Students Emergency Action for Liberal Democracy (SEALDs) erupted in Japan on Sunday in 60 various locations against security bills that would allow the government to use Japanese forces overseas for the first time since WWII.

© AFP 2019 / KAZUHIRO NOGI
Who’s the Aggressor? Japan’s Concerns Matched by Military Expansion Plans
Polls, conducted by Japanese news agencies and newspapers show that the supporting rate of the Cabinet has been dropping and the disapproval rate growing, the official representative of SEALDs Yuki Tsubasa said.

"What we can do is to reinforce this trend to make as many lawmakers vote against the bills as possible," Tsubasa said.

The representative said she believed the group’s protests in the country have contributed to pushing forward the trend of opposing the bills which are backed by Japan’s Prime Minister Shinzo Abe.

Tsubasa also noted that the group wants to persuade the public that the new defense policy of the prime minister opposes Japan’s peaceful constitution and that it might lead to serious consequences for the country.

"The government is attempting to legislate the bills despite the great opposition of the people. It means PM Abe and his Cabinet have no intention to listen to our voices,” Yuki Tsubasa also said.

According to Tsubasa, even if the prime minister, who supports the bills, believes that his actions are righteous, he has to withdraw the bill “as long as Japan is a democratic country and Japanese people think the bills should not be legislated.”

"Although it is not likely that Japan will invade other countries again, expansion of Japan’s Self-Defense Forces can be perceived as abandonment of pacifism which has been inherited since the end of the Second World War," Tsubasa said.

According to the SEALDs, the move might make Japan seem like it is no longer a "neutral" country, making it difficult for Tokyo to provide humanitarian aid to other countries, which would result in a "less peaceful world."

The bills on national security, implementing more powers and rights for Japan’s Self-Defense Forces, have already been passed in the lower house of Japan’s parliament and now await the final decision in the upper house.

Explosions Reported at US Military Base in Japan