A study found the genetic adaptations which allowed woolly mammoths to endure severe Arctic conditions, raising the prospect that the animals could one day be resurrected.

Eastern Cougar Officially Extinct After More Than 75 Years
A study which sequenced and compared the DNA of Asian elephants and woolly mammoths has identified the traits that allowed the extinct species to survive extreme temperatures, a finding which also raises the prospect that the genetic information could one day be used to bring the species back to life through cloning.

© Sputnik / Vitaliy Ankov
Russia's Siberian Tigers Back From Brink of Extinction Thanks to President
"This is by far the most comprehensive study to look at the genetic changes that make a woolly mammoth a woolly mammoth," said Vincent Lynch, assistant professor of human genetics at the University of Chicago, and one of the authors of the study, called "Elephantid genomes reveal the molecular bases of Woolly Mammoth adaptations to the arctic."

"They are an excellent model to understand how morphological evolution works, because mammoths are so closely related to living elephants, which have none of the traits they had."

According to the findings, published on Thursday in the journal 'Cell Reports,' the mammoth DNA had some 1.4 million genetic variants which enabled them to survive in cold environments, linked to skin and hair development, fat metabolism, temperature sensation and circadian clock biology.

In addition, the scientists used techniques of ancestral sequence reconstruction to resurrect the mammoth genes responsible for temperature sensation, called TRPV3. After transplanting the gene to human cells in the laboratory for testing, the team found that TRPV3 in mammoths was less responsive to heat than the version found in Asian elephants. 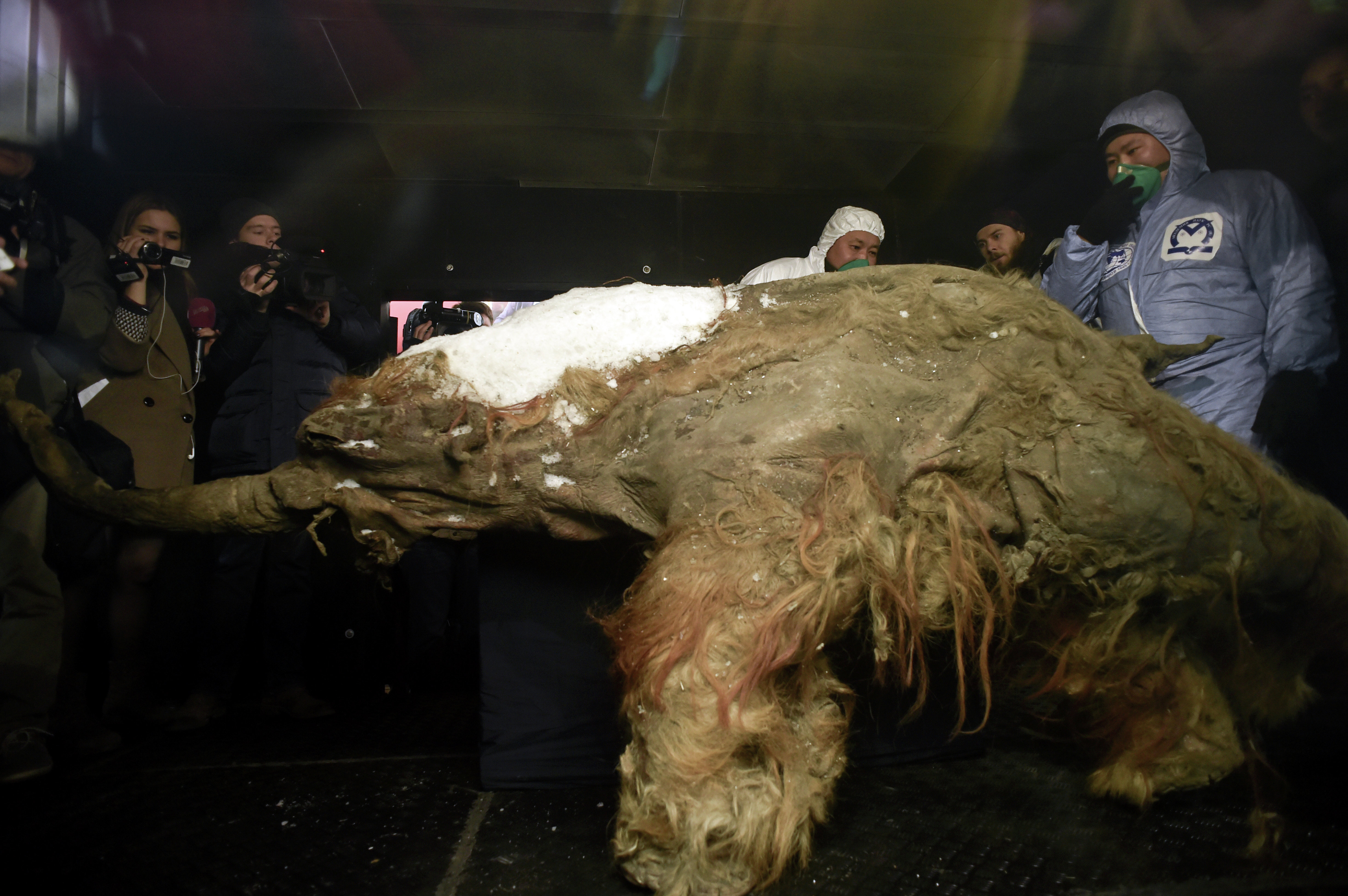 © AFP 2019 / KIRILL KUDRYAVTSEV
Workers inspect the body of a mammoth prior the start of an exhibition of the Russian Geographic Union in central Moscow on October 28, 2014
Though the genetic changes are consistent with the environments where woolly mammoths are known to have lived, the geneticists caution that the findings are not proof of their effects in real life, since the way genes are expressed is hard to determine from studying the genome alone.

"We can’t know with absolute certainty the effects of these genes unless someone resurrects a complete woolly mammoth, but we can try to infer by doing experiments in the laboratory," said Lynch.

Though the professor acknowledged the possibility of using such detailed reconstruction and analysis of the genome to bring the animal back to life, Lynch cautioned against pursuing such a project:

"I personally think no," said Lynch. "Mammoths are extinct and the environment in which they lived has changed. There are many animals on the edge of extinction that we should be helping instead."

Though it closest living relative is the Asian elephant, the woolly mammoth was around the same size as modern African elephants. The species died out in mainland Eurasia and North America at the end of the Pleistocene epoch 10,000 years ago, but a small population of 500-1,000 continued to survive on Wrangel Island in the Arctic Ocean until at least 3,700 years ago, after the island broke off from the mainland of Russia.

60% of Tanzanian Elephants Killed in 5 Years for Ivory - Ecologists