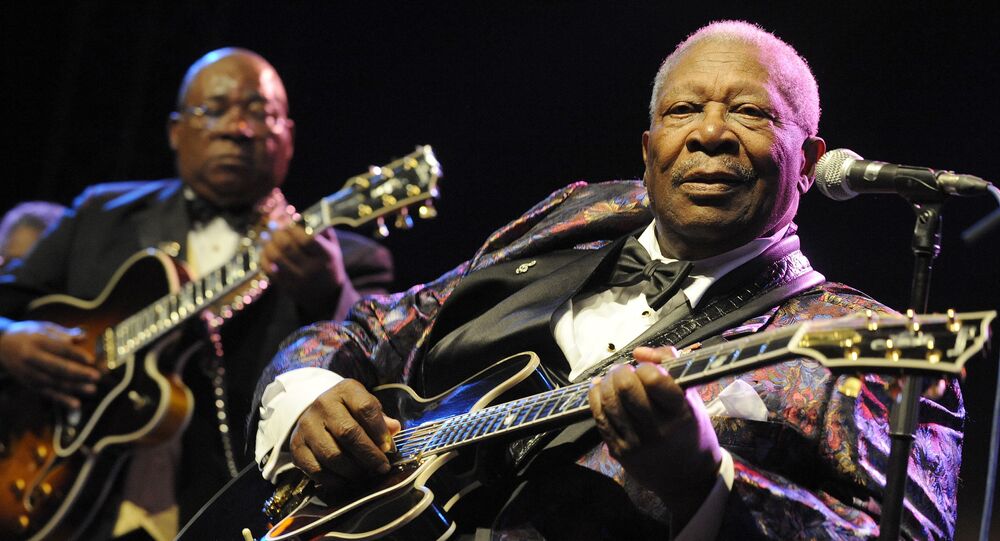 US Blues Musician B.B. King Dies in Las Vegas at 89

According to lawyer, legendary blues musician B.B. King has died at the age of 89 in Las Vegas.

In April, King was hospitalized in a Las Vegas because of problems with diabetes. In 2014, King ended his concert activities due to his health.

Nicknamed the King of Blues, the musician was ranked sixth on the list of the 100 greatest guitarists of all time, published by Rolling Stone magazine in 2011.

During a career spanning 65 years, King, who was known for performing at hundreds of concerts a year, released 43 studio albums as well as 16 live recordings.

The singer-songwriter, who collected 16 Grammy awards, including a lifetime achievement award in 1987, was also inducted into both the Blues and Rock & Roll Halls of Fame.

King's multiple awards and honors include the National Medal of Arts and the Presidential Medal of Freedom.

The guitarist recorded his first hit single, 3 O'Clock Blues, in 1951, with his most recent single released in 2000.

King was married twice, with both marriages ending in divorce, and is reported to have fathered 15 children.

The B.B. King Museum opened in Indianola, Mississippi in 2008 with the stated mission to "honor the life and music of one of the most accomplished musicians of our time."