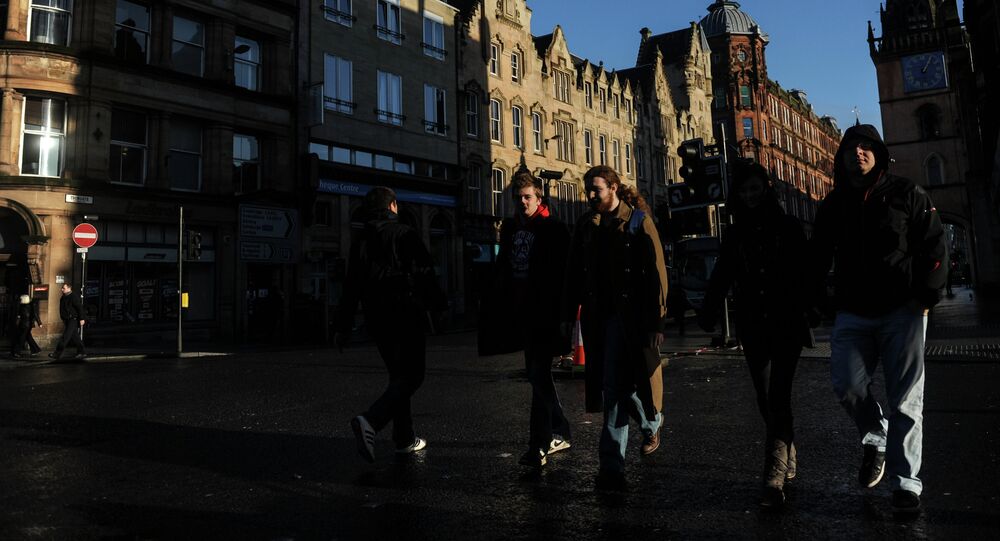 It revealed that 39 percent of people polled said they had "not very much" trust in mainstream mass media when it came to reporting on the Ukrainian crisis "accurately and fairly," while 15 percent of all respondents answered "none at all" in respect to their faith in such media reports.

A further 34 percent said they had a "fair amount" of trust in their local media’s presentation of the conflict in eastern Ukraine. Only four percent felt the reporting was absolutely trustworthy.

Greeks showed the least faith in their domestic mainstream media, with a total of 76 percent saying they were fairly or totally distrustful of reports on Ukraine. In Germany, this opinion was expressed by 57 percent of respondents.

© Sputnik / Mikhail Voskresensky
Over 800,000 Refugees From Ukraine Seek Asylum in Neighboring Countries
Britons have the greatest trust in mainstream media, the poll revealed. As many as 55 percent of respondents there said they put a great deal or a fair amount of trust in the coverage of events in Ukraine by British media, while 33 percent said it was biased.

Over 6,000 people have been killed in clashes in eastern Ukraine since the start of the conflict in April 2014. Kiev and its Western allies blame Russia’s alleged support of anti-government militias there for the escalation in violence. Moscow has firmly denied this accusation.