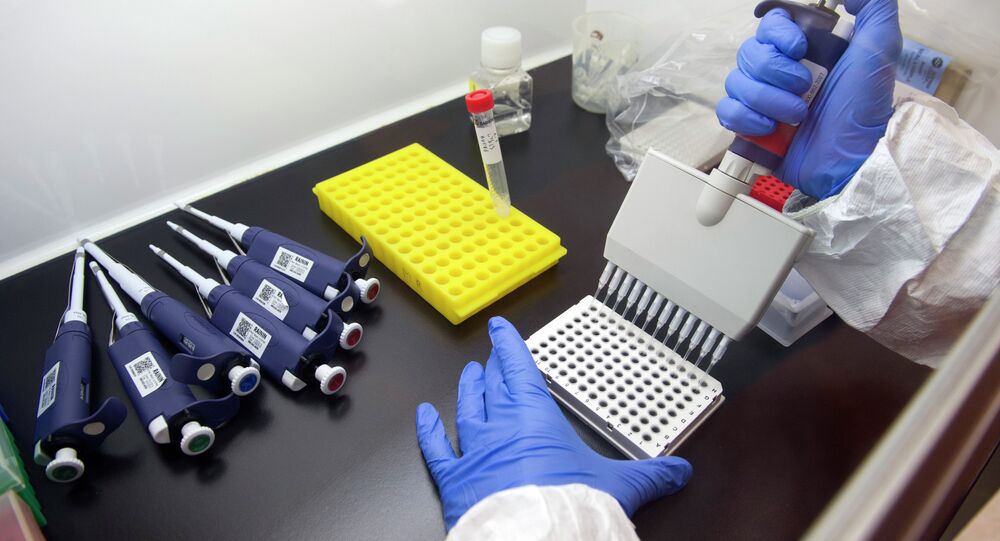 The US National Institutes of Health (NIH) announced that early trials of an Ebola vaccine appeared to be safe and showed positive results in creating anti-body responses in human subjects.

“An early-stage clinical trial of an experimental Ebola vaccine conducted at the National Institutes of Health and the Walter Reed Army Institute of Research (WRAIR) found that the vaccine, called VSV-ZEBOV, was safe and elicited robust antibody responses in all 40 of the healthy adults who received it,” NIH said on Wednesday.

© AP Photo / Abbas Dulleh
Ebola Death Toll Worldwide Exceeds 10,000
The experimental vaccine uses a genetically-modified version of a virus that infects cattle. A gene for a protein in the cattle virus is then replaced with a gene for a protein found in the Zaire species of the Ebola virus. Because the vaccine does not use the whole Ebola virus people injected with the vaccine are not at risk of Ebola, the NIH said.

The vaccine created minor side effects during testing, including pain at the point of injection and fevers that lasted between 12 and 36 hours.

"The prompt, dose-dependent production of high levels of antibodies following a single injection and the overall favorable safety profile of this vaccine make VSV-ZEBOV a promising candidate that might be particularly useful in outbreak interventions,” US National Institute of Allergy and Infectious Diseases investigator Richard Davey, who worked on the project, said.

The current Ebola endemic began in southern Guinea and later spread to Liberia, Sierra Leone, Nigeria and Senegal, infecting about 25,000 people since the outbreak started in 2014, according to the World Health Organization. More than 10,000 people have been killed by the virus.

Ebola Still Far From Being Defeated - Doctors Without Borders