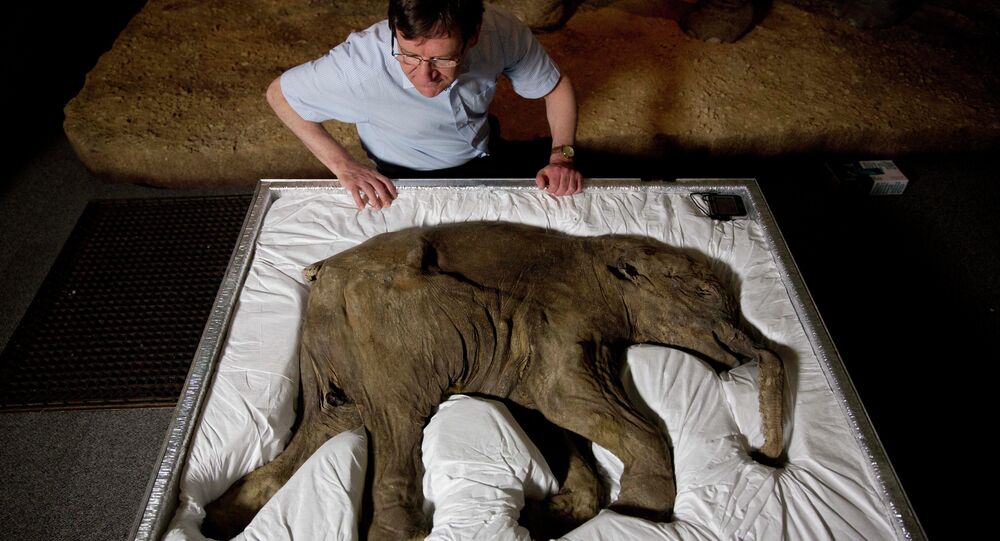 Harvard scientists may soon start cloning woolly mammoths, after managing to insert DNA from the extinct animal into the genetic code of a modern elephant.

Scientists at Harvard University were able to insert DNA from a woolly mammoth into the genetic code of an elephant.

The Harvard scientists studied genes from mammoths that were found preserved in Arctic permafrost. They were then able to replicate the genes and splice them into the genetic code of an elephant. The experiment was successful, as the genetic splice turned out well.

This is a major step towards bringing back a species that has been extinct for thousands of years.

© AP Photo / Ivan Sekretarev
Mammoth Task: Cloning of Extinct Animals Could Be a Huge Ethical Problem
“We now have functioning elephant cells with mammoth DNA in them. We have not published in a scientific journal because there is more work to do, but we plan to do so,” said George Church, professor of genetics at Harvard University, as cited by the Telegraph.

Woolly mammoths, which died out during the last Ice Age, were close relatives of Asian elephants. According to scientists, the last species survived on Russia’s Wrangel Island in the Arctic Ocean up until 3,300 years ago.

Now, as the Harvard scientists know how to clone the ancient mammal, some believe that it would be unethical to bring back the mammoth. One of the main questions around the issue is: what is the point of trying to re-create the extinct animal if humanity cannot even keep the animals that are still around?

“What is the message? We can be as irresponsible with the environment as we want. Then, we’ll just clone things back? Money would be better spent focusing on conserving what we do have than spending it on an animal that has been extinct for thousands of years.” – said Professor Alex Greenwood, an expert on ancient DNA.