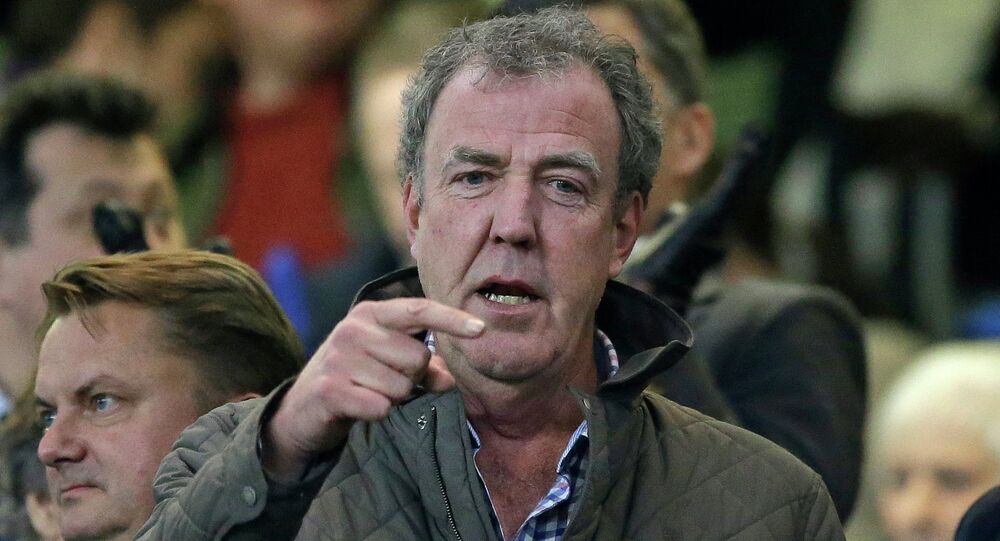 Top Gear is one of the most popular television shows in the world, and the most watched program on BBC Two, which regularly attracted five million viewers. Host Jeremy Clarkson was suspended from the UK broadcaster last week due to a "fracas with a BBC producer."

© AFP 2020 / Manjunath KIRAN
BBC Rape Documentary Issue to Be Discussed Between India, Company
MOSCOW (Sputnik) — British media corporation, the BBC lost over four million viewers Sunday following the suspension of Jeremy Clarkson, the host of the automotive show, Top Gear after a "fracas" with a producer, The Telegraph reported Monday.

Top Gear is one of the most popular television shows in the world, and the most watched program on BBC Two, which regularly attracts five million viewers.

Top Gear is broadcast in over 200 countries and has 350 million viewers, according to the Business Insider. In 2013, the show was named the World's most widely watched factual television program in the Guinness World Record Book.

© Flickr / fhwrdh
Top Secret Russian Sub Snapped
Clarkson was suspended from the UK broadcaster last week due to a "fracas with a BBC producer."

Planned broadcasts of Top Gear have not been shown since. Top Gear's replacement on Sunday evening "Red Arrows: Inside the Bubble" drew just 1.3 million, according to The Telegraph.

Witnesses told the Guardian that Clarkson reportedly punched producer Oisin Tymon in the face following a falling-out at a Yorkshire hotel. Clarkson's future at the BBC will be decided after an internal BBC investigation.

© Flickr / Elliott Brown
Argentina Not Accepting BBC Response to Top Gear Controversy: Ambassador
Jeremy Clarkson has been involved in a number of controversial episodes before. In 2012, he made controversial remarks about Indian clothing, food and history while filming in the country. In 2014, Clarkson used a racist word as he sang a rhyme on Top Gear, but later apologized for the incident.

Nevertheless, Clarkson is loved by many viewers across the globe for not being afraid to express his honest opinions. A petition to reinstate Clarkson has attracted over 930,000 signatures.

Female Contender Banned From BBC Reality Show for Being a Woman