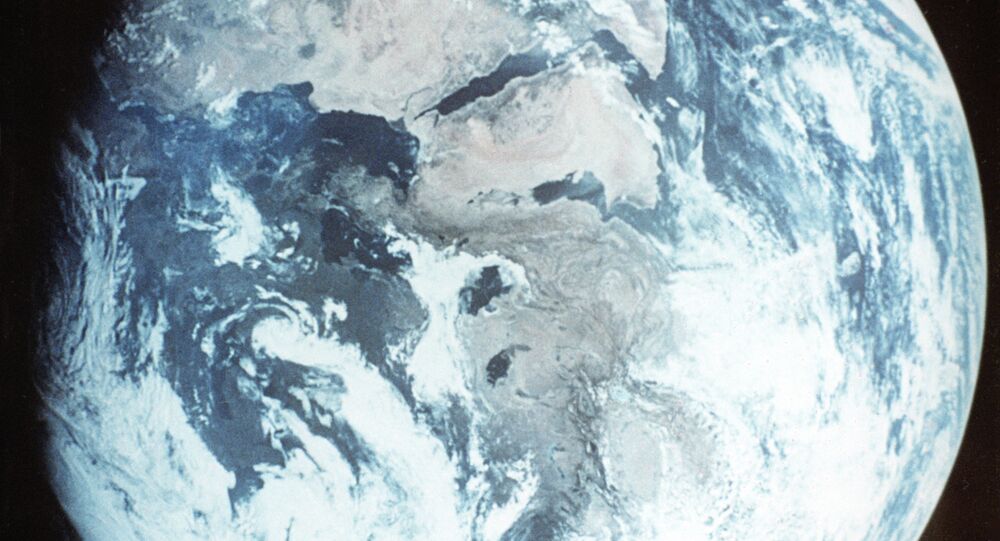 Geologists studying the changes wrought by humans on the Earth's state have come up with two possible starting points from which to recognize the start of the Anthropocene Era.

© Sputnik / Sergey Guneev
Russian, German Scholars Create Joint Textbook on History of 20th Century
A study published in the journal Nature on efforts by scientists to come up with a definition for a new human-dominated geological epoch, called the Anthropocene Era, or 'Age of Man,' has narrowed down the search to two points in history: 1610 and 1964, based on evidence of human activity in the planet's geological record.

"The impacts of human activity will probably be observable in the geological stratigraphic record for millions of years into the future," write Simon Lewis, of the University of Leeds, and Mark Maslin, of University College London, in the article, published on Thursday.

A new epoch is warranted by "the magnitude, variety, and longevity of human-induced changes, including land surface transformation and changing the composition of the atmosphere," and global human activity is now "the dominant cause of most contemporary environmental change."

The new term would replace the currently used term Holocene Epoch, which is Greek for 'entirely recent' and has been in use since 1853 to describe the current time, covering the last 11,500 years of Earth history to the present day.

In 2000 Nobel Laureate Paul Crutzen, and Eugene Stoermer published an article which began the rapid popularization of the term Anthropocene Era among the scientific community, citing the "astounding" expansion of mankind in terms of numbers and use of resources; according to one study referenced by the scientists, the Earth's climate may depart significantly from natural behavior over the next 50,000 years because of anthropogenic emissions of CO2.

© Sputnik / Mikhail Fomichev
The Art of Nature: Russian Landscapes in Spring
19
"It seems to us more than appropriate to emphasize the central role of mankind in geology and ecology by proposing to use the term 'anthropocene' for the current geological epoch," wrote Crutzen and Stoermer.

In Thursday's Nature article, Lewis and Maslin mark out 1610 and 1964 as points which meet the formal criteria for the starting point of the new era. According to their study, 1610 fits the bill because of the changes brought about by the arrival of Europeans in the Americas after 1492, which "permanently and dramatically" altered the diet of almost all humans, and led to a rapid decline in human numbers and a consequent decline in atmospheric CO2 from farming and the burning of wood for fires.

On the other hand, 1964 would begin the human epoch in the "Great Acceleration" of increased human activity since the 1950s, "marked by a major expansion in human population, large changes in natural processes, and the development of novel materials." The records of human activity amassed during the 'Great Acceleration' period allow the scientists to pinpoint 1964 as the year when a peak in radioactivity was recorded as result of nuclear bomb tests carried out from 1945 to the 1963 Partial Test Ban Treaty on nuclear testing.

As well as offering the starting points, the scientists also refer to the wider consequences of positing such a new epoch in the description of the Earth's history: "More widespread recognition that human actions are driving far-reaching changes to the live-supporting infrastructure of the Earth may well have increasing philosophical, social, economic and political implications over the coming decades," they write, noting that to assign a new era of human-driven change would represents a change in perspective from previous scientific discoveries, such as those of Copernicus and Darwin, "which tended to shift perceptions away from a view of humanity as occupying the center of the Universe."

US Postpones Earth-Observing Satellite Launch Due to Weather Conditions