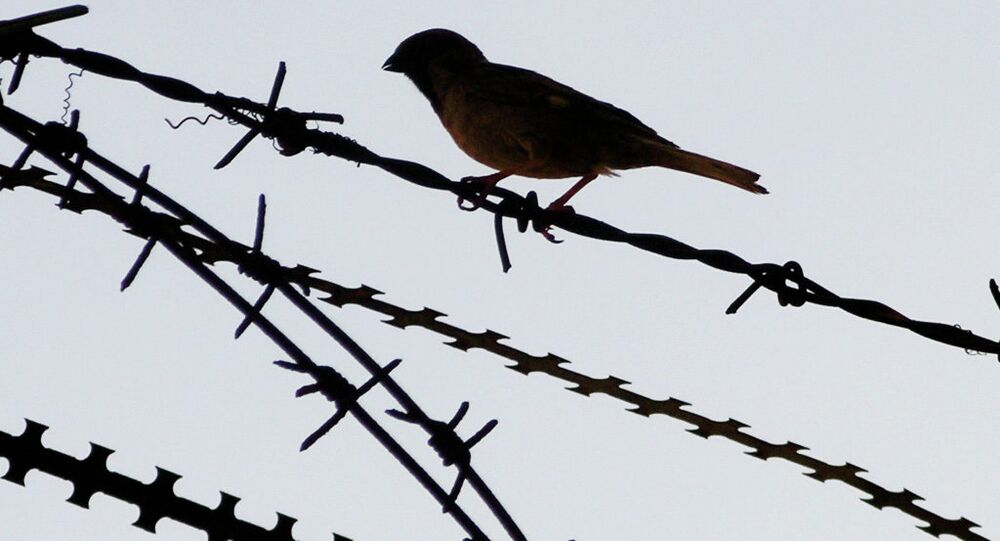 The voices of people locked up in Britain's immigration detention centres are being heard through social media. Detainees are posting live updates of their hunger strike and personal plights on Twitter and Facebook.

We have not eaten for four days now. And three people have collapsed from not eating or drinking. #Harmondsworth #shutitdown

Harmondsworth is Britain's largest immigration removal centre based near Heathrow Airport and holds 600 men who are awaiting removal or deportation. The detainees have been on hunger strike since Sunday.

But Harmondswoth detainees are not the only ones protesting, as according to a tweet from inside a removal centre near Gatwick Airport:

50 people are not eating food in Tinsley House. Everyone is outside in the garden talking and discussing.

I’m in Morton Hall detention centre. There are so many campaigns. People are on strike. https://t.co/wBZBpBxr9C

Detainees held in Morton Hall in Lincolnshire began to refuse food in solidarity with those at Harmondsworth.

There are no human rights- no media is coming inside. We need the media to come & see what is happening inside. #immigration #journorequest

Recent Home Office figures reveal that 30,000 migrants are detained indefinitely in what's been described as the 'black hole at the heart of British justice', with many detainees having never been convicted of a crime.

Testimonies are being blogged, facebooked, tweeted and published on the Detained Voices website, shedding light on the stories behind the headlines and ministerial reports into Britain's detention system.

Thousands of asylum seekers are held in detention centres each year, under the Detained Fast Track (DFT) procedure. The fast track process was set up in 2002 due to an increase in asylum applications. In 2013, 2,288 asylum seekers were detained on the Fast Track scheme.

In Harmondsworth, some people have been held in detention for over a year. A detainee on the Detained Voices website wrote:

"We are not criminals…most of us want to seek asylum by ourselves and we are being detained for half a year and over. We are locked up in rooms like animals."

Human Rights organisation Liberty says this leaves refugee applicants detained simply on the basis of administrative convenience; denying many asylum seekers the right to a full and fair consideration of their claim.

The scandal surrounding Britain's detention centres hit the headlines following an undercover investigation, which exposed the treatment of many immigrants by staff.

A parliamentary report was published just hours after the documentary was shown on Channel 4, which revealed inhumane, racist and sexist attitudes towards women at Yarl's Wood detention centre.

The cross party panel of MPs and peers said they are concerned that people are held in conditions "tantamount to high security prison settings". The group was "shocked by the personal testimony they heard of people suffering from mental health conditions who were detained for prolonged periods of time".

"UK is the only country in the EU with no limit on the length of time asylum-seekers can be detained" #Harmondsworth http://t.co/Fj6asyWn7G

The most recent posting on the website Blog states: 'Detained Voices, Stories from inside UK Immigration Detention offers a glimpse into how a human being feels inside a removal centre — where so often detainees say they are treated like animals.'

"I have been here for 5 months. My baby's 6 months and my roommate's wife is 9 months pregnant. They are trying to break our families. When there's fast track, there's no justice. My wife has mental health problems. There's no one to look after my child."

"Officers are coming into our room saying why are you on strike. They laugh saying its not going to work — the Home office don't care about it," the post says.

The recent parliamentary report calls for an 'urgent rethink' of Britain's immigration system. The cost of indefinitely detaining migrants in Britain is estimated to be £75 million a year.

Meanwhile, the reality of life for asylum seekers living in detention centres continues to be told in real time on social media.

Black Hole at the Heart of British Justice