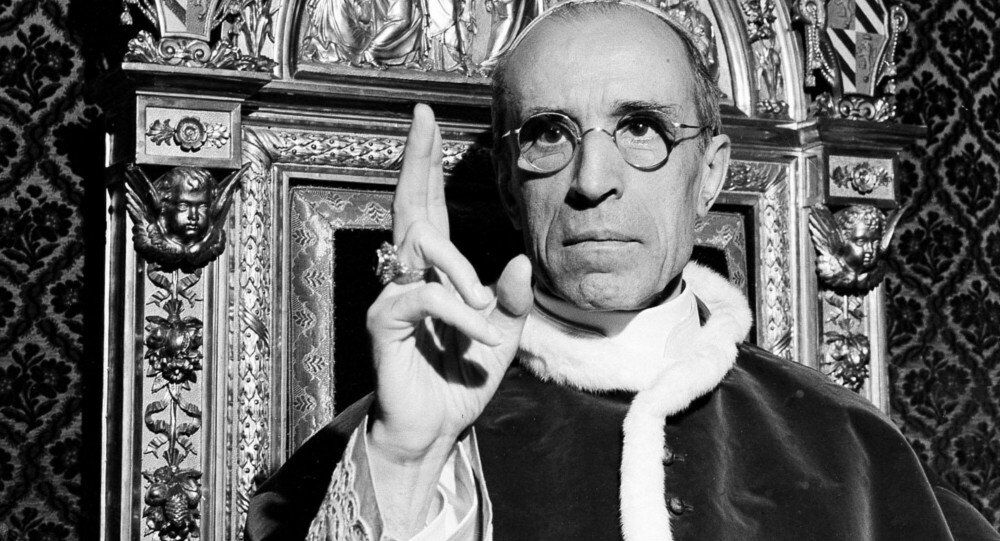 A new film about Pope Pius XII has been accused of presenting a "false interpretation of history" with claims the Italian pontiff saved 800,000 Jews from the Nazis in World War Two.

The perhaps aptly named film, 'Shades of Truth' premiered in Rome last night and has caused controversy for its portrayal of the Pope's efforts to save the lives of hundreds of thousands of Jews under threat by Adolf Hitler's Nazi forces.

Despite the criticism from some historical researchers and Jewish groups, the film's directors say the Shades of Truth narrative is correct, as it is based on the research of Jewish historian Pinchas Lapide, who knew the Pope and lived throughout the Second World War.

An official statement accompanying the release of Shades of Truth states:

"The film is based on the content of 100,000 pages of little-known or unprecedented documents and testimonies of Jews who survived the Holocaust having been spared deportation thanks to Pius XII's intervention. The director studied these for five years. Pius XII's diplomacy saved the lives of 800,000 Jews."

The pontiff's role in helping to save Jewish people during the war has been a controversial topic for Catholic and Jewish scholars over the decades, with debate on both sides about the perceived action or inaction of the Vatican in relation to the plight of Jews.

The film presents the diplomacy of Pope Pius XII as being a crucial factor in saving up to 800,000 Jews from the hands of the Nazis as he helped mobilise Catholics to help Jewish people, along with Allied soldiers and prisoners of war.

It is claimed that the Pope presented the Nazis with fake identification papers for those under threat, while he is thought to have opened the doors to many churches, monasteries and Vatican buildings as a place of refuge for Jews in danger.

One would hope that this film puts to rest, once and for all, the insidious and viciously anti-Catholic image of… http://t.co/h5fwOJu2rt

This is contrasted with the view that Pope Pius XII was overly cautious and didn't do enough to prevent the Holocaust. Allied leaders were critical of the Pope's public condemnation of the Jewish genocide, leading to the debate over whether he was considered to be Hitler's Pope or the Vatican's Schindler.

Marcello Pezzetti, director of the Museum of the Shoah Foundation, was quoted in the Italian newspaper Corriere della Sera saying the film presented a "false interpretation of history."

"How can one support that Pius XII saved 800,000 Jews? It's not even an interpretation, it's simply a theory of the ideological sort, it's another thing completely. In other words, it's not even scandalous. It's out of place."

The film is expected to open in cinemas internationally next month.