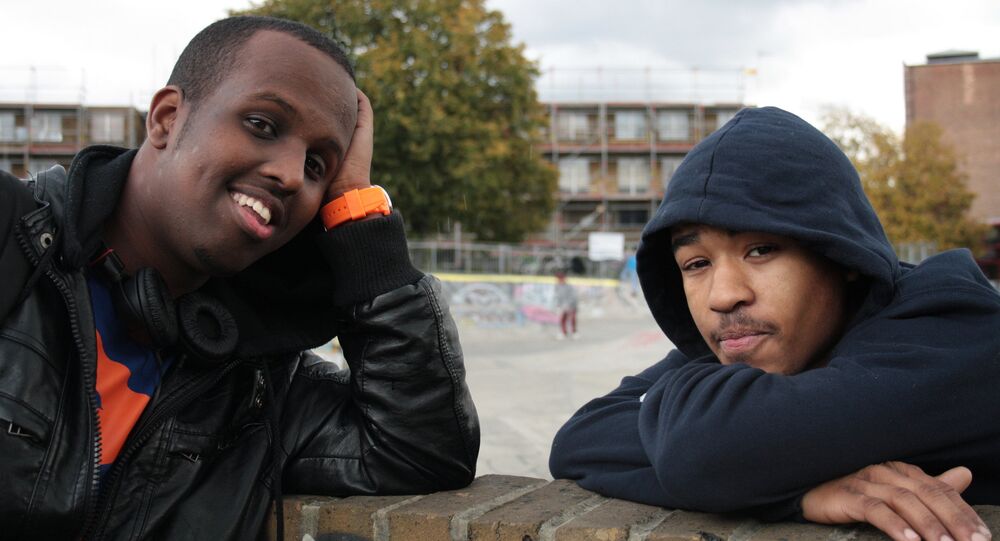 After the 2011 riots in Britain - where towns, cities and shops across the country were set on fire and looted - the government set up a review into gang and youth violence. And according to a House of Commons report, Gangs and youth crime, ‘we should accept that children as young as seven are at risk of gang involvement'.

But despite spending £10 million pounds on tackling gang violence in Britain, the government has no idea how successful the projects that have received the money have been, according to the new report.

The reasons why the Home Affairs Select Committee has arrived at the conclusion, according to a former gang member, is that gang violence and criminal activity costs Britain £24billion, whilst re-offending costs £9.5billion, "so how can you fix a problem with just £10million?"

Sheldon Thomas, founder of youth charity Gangsline, said: "It's the most diabolical thing I've ever heard".

"I don't blame the Home Office. I blame the people above the Home Office who are far removed from anyone. They don't even relate to white working class people, so how can you expect them to fix a problem that is not only gang related but also culturally different to them?"

"Theresa May isn't prepared to get her hands dirty and go onto an estate where the gangs are", says Thomas.

It's quite remarkable when a former gang member has purpose, training professionals on understanding gang's.

London's Metropolitan Police Service estimates that there are 259 gangs operating in London with 4,800 members. But that number according to former gang member and frontline charity worker, Sheldon Thomas is woefully inaccurate.

According to Gangsline, it's more like 11,000 — and like the report states, many of them are children as young as seven.

In a witness statement for the 'Gangs and youth crime' report, Thomas "refutes" police statistics because he does "not believe that the police have a full understanding of who is in a gang from who isn't…"

Speaking to Sputnik News, he said:

"They've never lived on those estates in a fatherless household, beaten by several guys each day, with a mother with no self-esteem and who has no idea how to engage with her three children from three different fathers. So why would a police officer know how best to deal with the situation and advise me?"

"Gangsline goes onto those estates", says Thomas. "Gang members come to us, we're seen on those estates, plus we're a confidential service."

"But when police try and tell me what they think the answer is, or what their strategy is, it's diabolical. I'm a former gang member and we're in the best position to advise on strategy".

Cases involved victims from a range of backgrounds and ethnicities, and while most victims were girls, boys were a significant minority.

"I've spoken to gang members over the last five years who have been sexually abused as children, boys and girls", says Thomas.

"When boys have been raped and endured years of domestic violence, as you lock them up you have to ask — why was the guy carrying a gun We've got to understand we're dealing with both victim and perpetrator in one person."

The report into gangs and youth violence calls it 'appalling' that 2,409 children and young people are subject to sexual exploitation in gangs — and a further 16,500 children are at risk.

It says the lack of progress made to identify children linked to gang members at risk of sexual exploitation is 'lamentable'; and 'shocking that London, while experiencing the most gang-related violence in any area of the country, has obtained only fourteen gang injunctions'.