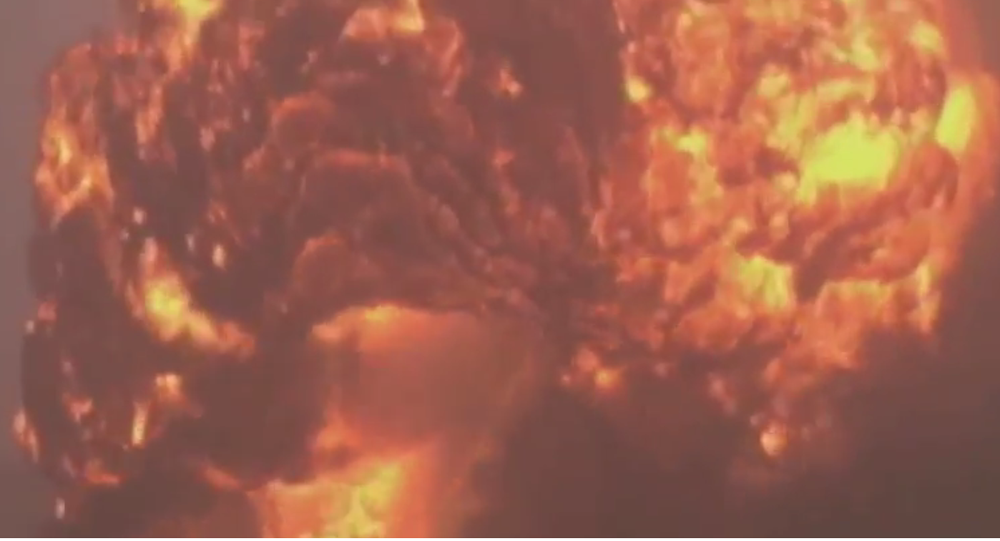 Residents of two small towns in West Virginia are still being kept from their homes after a fiery train accident. The train carrying more than 100 tankers of crude oil derailed and exploded during a snowstorm on Monday, sending a tanker into a house and another into a river.

Around 200-300 residents took shelter in schools, the fire station and a community center. Some had arrangements made by the railroad to get hotel rooms, according to Jennifer Sayre, the Kanawha County manager.

Gov. Earl Ray Tomblin declared a state of emergency in Kanawha and Fayette counties after the derailment, shutting down local water supplies in response to crude oil contaminating the Kanawha River.

Black smoke continues to rise from the accident site as firefighters decided to let the blaze burn itself out, said state public safety division spokesperson Larry Messina on Tuesday.

The West Virginia National Guard took water samples from the Kanawha River while Federal officials are investigating the incident.

Fourteen to 17 tankers hauling Bakken crude oil from North Dakota to Yorktown, Virginia caught fire or exploded during the derailment when the state was under a winter storm warning.

A tanker diverted into a nearby house, but no injuries were reported, according to the train company CSX.