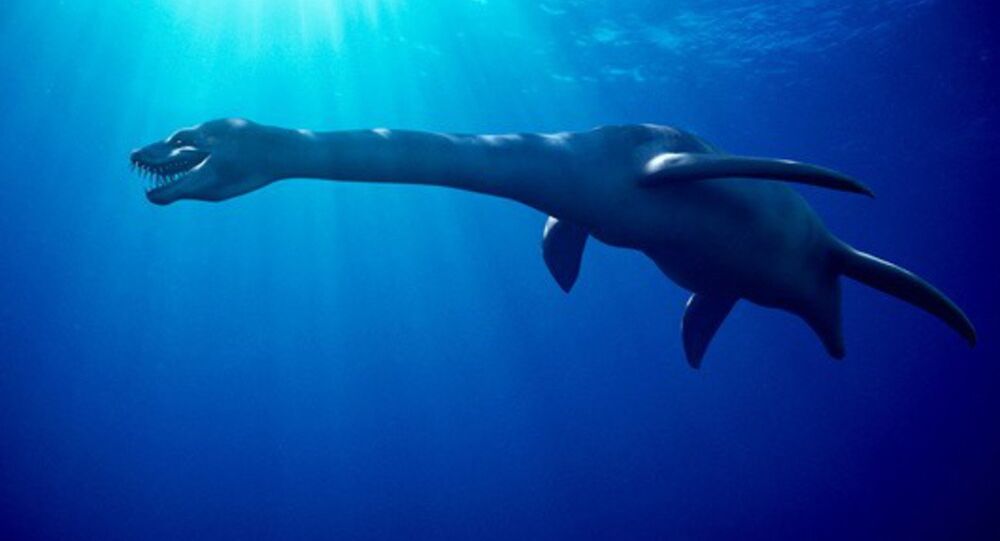 Scientists have discovered the remains of a previously unknown species of marine reptiles, who supposedly lived 65 million years ago.

Scientists say the reptiles supposedly resemble the Plesiosaurs and might have lived more than 65 million years ago.

"Rather intact fragments of skeletons of earlier unseen plesiosauruses of the Polycotylus type, which lived in the late Cretaceous, have been found in a unique deposit in Russia’s Orenburg region,"  Russian newspaper Rossiiskaya Gazeta quotes Vladimir Yefimov, the chariman of the local department of the Russian Paleontology Society as saying.

Having studied the fragments of skull, teeth, spine, shoulder and pelvic girdle, upper and lower limbs, the scientists estimated the reptiles might have been 4-7 meters long with a large head and powerful neck.

The newly discovered species will be named "Polycotylus Sopotsko", after the Russian geologist who found the fragments — Galina Sopotsko, who also heads the Club of Young Geologists and Ecologists in the city of Orsk.

Galina explained that Vladimir Yefimov helped to classify the remains and determined seven reptile types the remains belonged to.

This is a particularly diverse and plentiful discovery of Late Cretaceous flora and fauna, its integrity can be called unique, Galina explained.