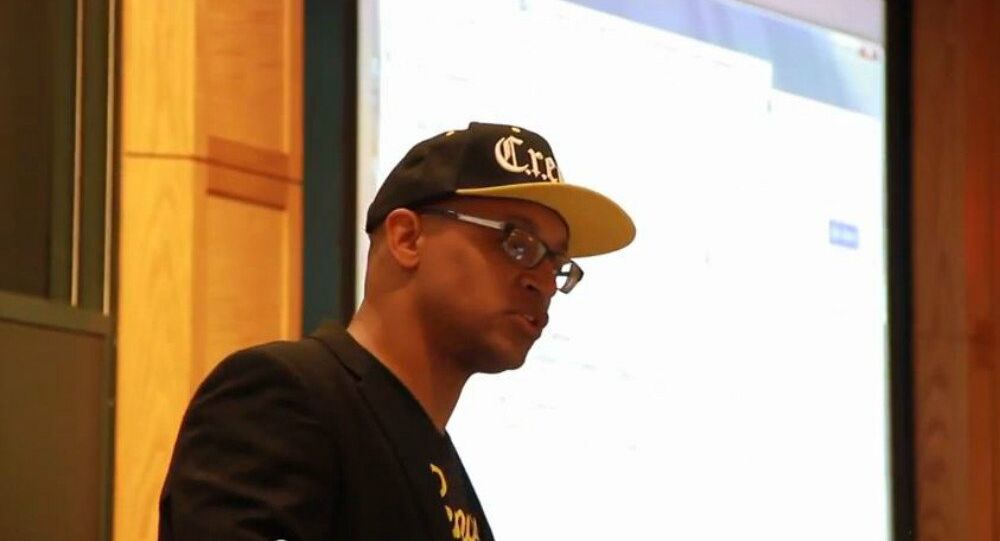 "We demand that Google and Youtube do independent audits of their advertising practices specifically as it relates to minority youth," the organization announced in a statement released on Monday. "Additionally the USCCA [U.S. Concealed Carry Association] should also review its own marketing and advertising methodologies. We demand all three organizations immediately cease from serving these kinds of ads to music and video selections frequented by teens in general and minority youth specifically. There must be higher standards of ethics in regards to this kind of ad serving."

© AP Photo / Pat Eaton-Robb
US Gun Companies Yet to Respond to Lawsuit Over Sandy Hook Shooting
Banjoko explained that when conducting research on rap music and violence on Youtube, he searched for the 1995 Mobb Deep track Shook Ones (Part II), which ranks 23rd in Complex's list of most violent rap songs of all time and contains lyrics such as "my gunshots'll make you levitate, I'm only 19," and is dedicated "to all the killers … for real niggas who ain't got no feelings." When he performed the search, Banjoko said, an advert promoting the USCCA played.

"I was in a state of absolute shock and I was sure it was an accident," said Banjoko. "But after refreshing the page several times, and doing other rap song searches over a period of time, it was clear these ads were sent by design from Google and Youtube to promote guns and gun products to those most common victims of gun violence."

Banjoko added that when he did searches for rap songs which glorified violence against the police, such as NWA's Fuck the Police, the provider served adverts for fantasy video games and sports. "This is a good thing, because it is clear that Google/Youtube does not want to serve these ads to those who might be influenced to hurt men and women helping to protect our communities every day."

"Yet it forces us to ask why when music celebrating Black death is played that gun related ads are served? Not just for a brief second, but in multiple ad locations. In case you missed it, one ad streams full screen prior to the video playing."

The HHCF is also urging the USCCA to review its approach to marketing and advertising, and that all three companies refrain from linking such advertising to music and videos frequented by teens, and particularly minority youth. It has called for "higher standards of ethics in regards to this kind of ad serving."

Adisa Banjoko founded the Hip-Hop Chess Federation in 2006 as a non-profit organization “to fuse music, chess and martial arts to promote unity, strategy and nonviolence." In an interview with Forbes magazine in 2012, Banjoko said, "The connection between hip-hop and chess is actually quite deep, but unknown. Most people don’t realize that rap music has celebrated the game of chess more than any other form of popular music." Strategies important in chess, he explained, such as mental sharpness and refining focus, are also philosophies which hold value for young people in real life. Among the organization's initiatives are celebrity chess tournaments where disadvantaged youth get the chance to play against chess masters and celebrated figures from the world of hip hop.