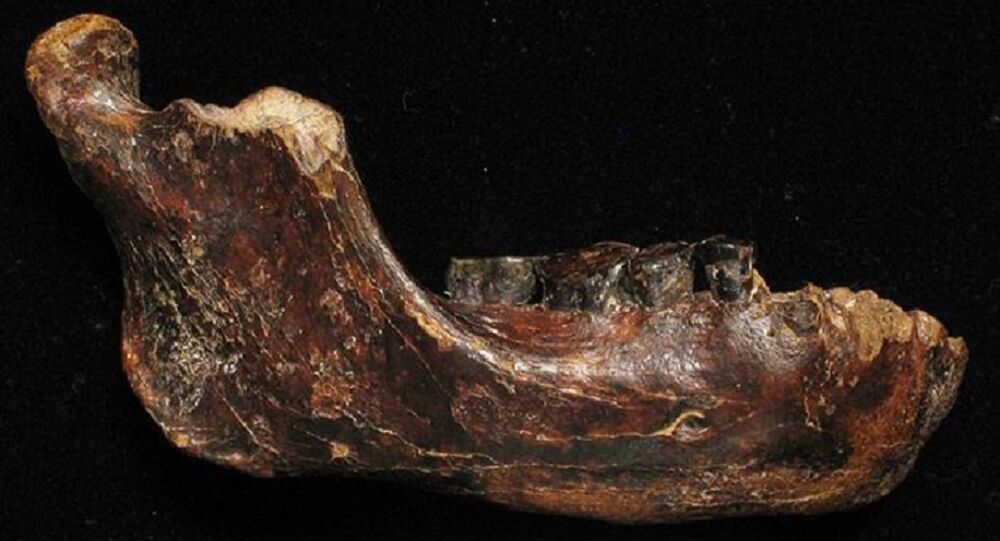 Researchers might have discovered a new, previously unknown human species that lived in Asia thousands of years ago.

MOSCOW, January 28 (Sputnik) – A fossilized lower jaw found by the Taiwanese fishermen working in the Penghu Channel indicates that a previously unknown human species lived in Asia as far back as 200,000, researchers say.

© AP Photo / Sebastian Scheiner
Archaeologists Reportedly Uncover Site Where Trial of Jesus Took Place
According to a study, published in the Nature Communications journal, the fossil, dubbed Penghu 1, is the first such discovery in Taiwan. It was picked up off on the seafloor that was part of the Asian mainland in the Pleistocene Epoch, which lasted from about 1.8 million years ago to approximately 11,700 years ago.

Although Homo sapiens are the only surviving human lineage, there were other human species or hominin roaming the earth. These include Homo erectus, believed to be our direct ancestors, Neanderthals and their close relatives Denisovans, as well as hobbit-like Homo floresiensis.

rovina-project.eu
EU-Produced Robot Archaeologist to Explore Hazardous Sites of Historical Significance
It is extremely hard to say when the hominin lived. Researchers believe it could have been anywhere between 10,000 and 190,000 years ago, according Live Science. They are sure that it was during the Pleistocene Epoch.

However, the jaw and the remaining teeth are larger and more primitive than what is common for that timeframe, according to researchers. Homo erectus of that era usually had smaller jaws and teeth. Still more research is needed to support or refute the claim.

"Whatever its origin was, this robust-jawed hominin highlights diversity of archaic occupants in the Middle-Late Pleistocene continental Asia before the appearance" of the modern human some 40,000 years ago, researchers pointed out.