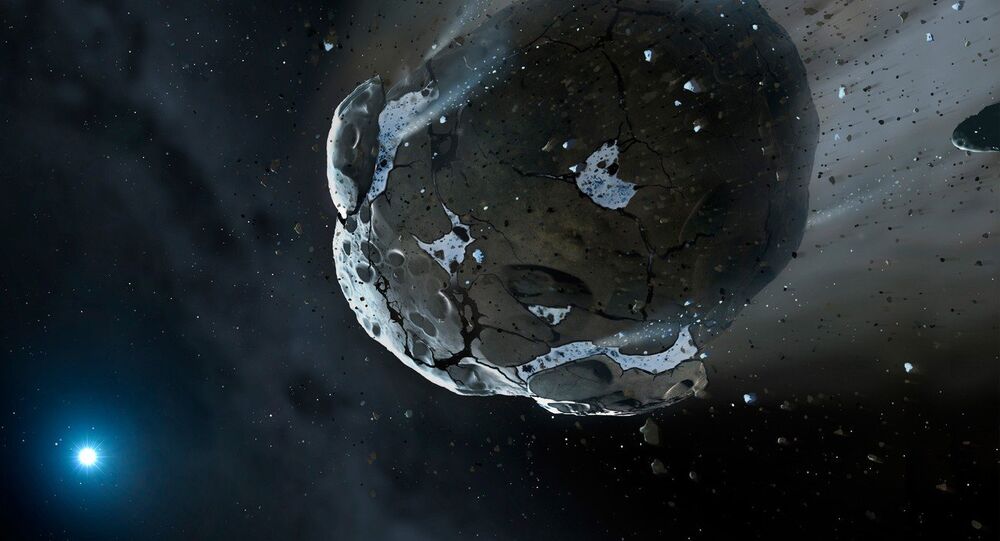 Experts revealed that asteroid 2004 BL86 travels with its own moon and has a very short "day" of 2.6 hours.

MOSCOW, January 27 (Sputnik) - A gigantic asteroid safely flew past the Earth on Monday, with experts having started a thorough examination of the space rock characteristics, the National Geographic reports.

The rock, which size is 984 feet (300 meters) across, did not pose any threat to people on Earth, but the distance at which the it flew past our planet is considered the closest one until 2027, when a giant Apollo asteroid is expected to soar particularly close to the Earth.

The #asteroid flying by the Earth today has its own moon. http://t.co/xyicgMPxyU pic.twitter.com/H05nQ55qZv

According to NASA’s data, the asteroid 2004 BL86 turns round once every 2.6 hours that means it has a very short "day". The scientists also revealed that the asteroid has its own little moon – it can be visible on a video shot, made by NASA expert Lance Benner.

Scientists say there are about 4,700 potentially hazardous asteroids travelling in our solar system. However, the number is too rough and there are more asteroids which may potentially damage the Earth, experts claim.

“It will take a concerted effort during the next couple of decades to find all of them that could do serious damage or be a mission destination in the future," said NASA’s representative Lindey Johnson.

Asteroid 2004 BL86 won't get to Earth for at least the next 200 years. However, its close approach gave scientists a possibility to thoroughly examine the object and be better prepared for possible risks in the future.