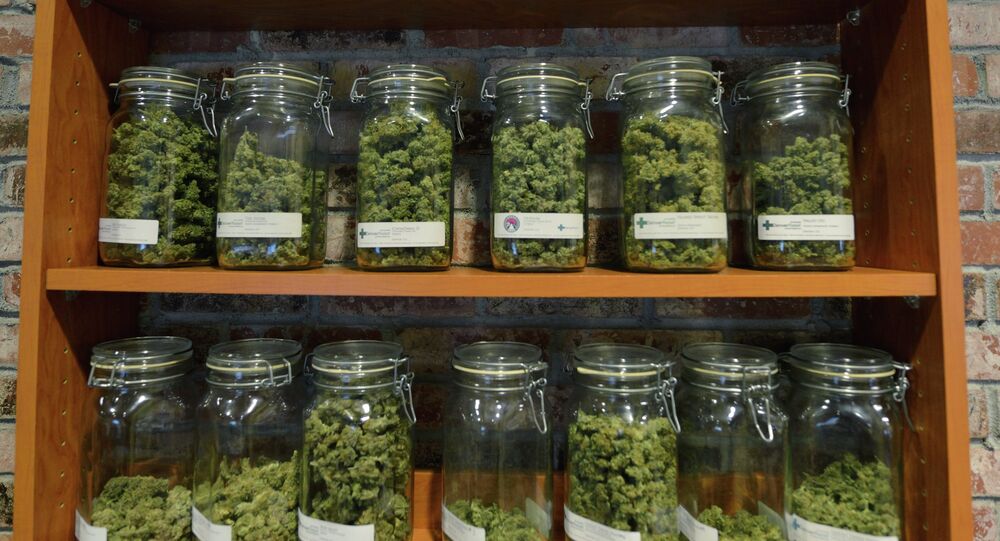 Doctors at the American Pediatric Academy asked federal officials to reclassify cannabis as it may help sick children including those suffering from seizure disorders.

MOSCOW, January 26 (Sputnik) – A leading group of US pediatricians suggested to legalize Marijuana and proposed that federal officials should reclassify cannabis as a less dangerous drug to promote vital medical research, reports NBC.

In an update to its 2004 policy, the American Academy of Pediatrics (AAP) also recognized marijuana may be a treatment option for kids "with life-limiting or severely debilitating conditions for whom current therapies are inadequate."

There are about 200 American families who have moved to Colorado with their ill children, because Colorado permits marijuana for adults.

Statements of medical-marijuana refugees in Colorado have given doctors "reason to suspect" that cannabinoids, which are the chemical compounds secreted by cannabis flowers, might have an anticonvulsant properties, said Sharon Levy, assistant professor of pediatrics at Harvard Medical School.

© Sputnik / Bob Pearson for RIA Novosti
Cannabis Inhaler to Transform Marijuana Into Mainstream Medicine: Startup
She further said that there is a certain pot strain called Charlotte's Web, which has been shown to control seizures in some kids. In one medical trial, the cannabidiol THC was shown to be effective in treating people with Parkinson's disease, though more study is needed, reports NBC.

"There's never been a study of cannabinoids in any form that has included children. With that in mind, the AAP cannot endorse use of cannabinoid medication with children," Levy said. "We do note, though, there have been anecdotal cases that look promising. And that suggests there's a need for study.

"We support reducing the barriers to do that."

The AAP otherwise opposes marijuana use among children and adolescents through the age of 21, and it stands against the wider legalization of pot.

Lessons That Can Be Learned From Marijuana Legalization in US