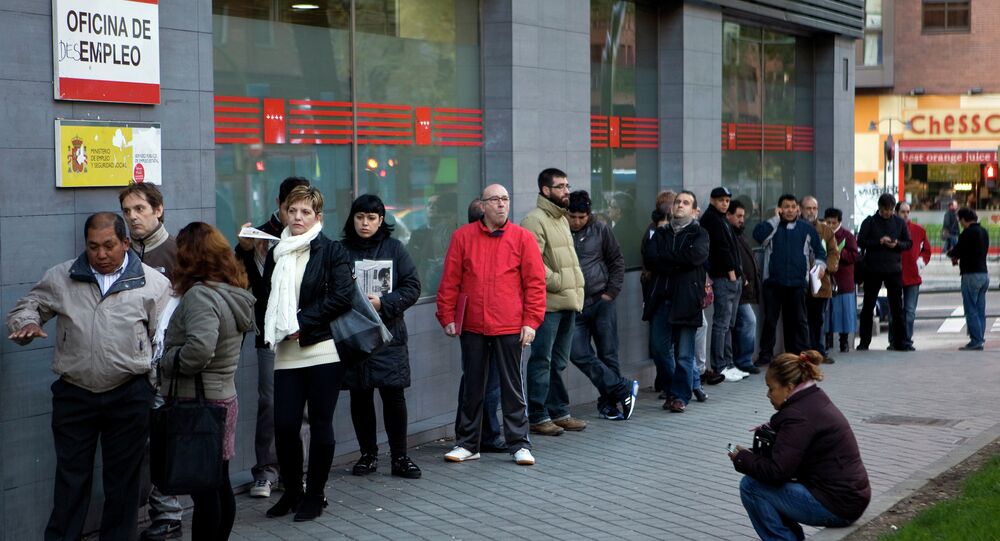 The aftermath of the 2007-2008 global economic crisis is still a crucial threat to the employment worldwide. Some 11 million people are expected to lose their jobs in the current decade.

© AP Photo / J. Scott Applewhite
Millions of Americans Jobless, Surviving on Inadequate Wages: House Speaker
MOSCOW, January 21 (Sputnik) — Over 212 million people around the world will be jobless by 2019, according to the International Labour Organization (ILO).

In the coming years, global unemployment is expected by the ILO to continue its upward trend.

"Global unemployment is expected to increase by 3 million in 2015 and by a further 8 million in the following four years," the report showed.

The report highlights the unavailability of employment in emerging and developing economies in the wake of the 2007-2008 global financial crisis. At the same time, it notes slight improvements in Japan, the United States and some European countries that have returned to the unemployment rates recorded prior to the crisis.

The organization stressed that the unemployment trend will continue until the end of the decade.

© Flickr / Sascha Kohlmann
German Unemployment Reaches Record Low, Growth in 2015 Expected
"More than 61 million jobs have been lost since the start of the global crisis in 2008 and our projections show that unemployment will continue to rise until the end of the decade. This means the jobs crisis is far from over so there is no place for complacency," ILO Director-General Guy Ryder was quoted as saying in the report.

The ILO also warned of the widening inequality gap, observing that the richest 10 percent currently earn almost 40 percent of total global income while the poorest 10 percent receive between 2 and 7 percent.

The World Employment and Social Outlook – Trends 2015 report, formerly entitled Global Employment Trends, is published annually by the ILO as a review and forecast of worldwide employment data.

Where will unemployment be the highest over the next five years? http://t.co/OcokQNve1Q pic.twitter.com/VJSM3obNaI

Dollar Slid in Asia Amid Sluggish Demand on US Unemployment Data