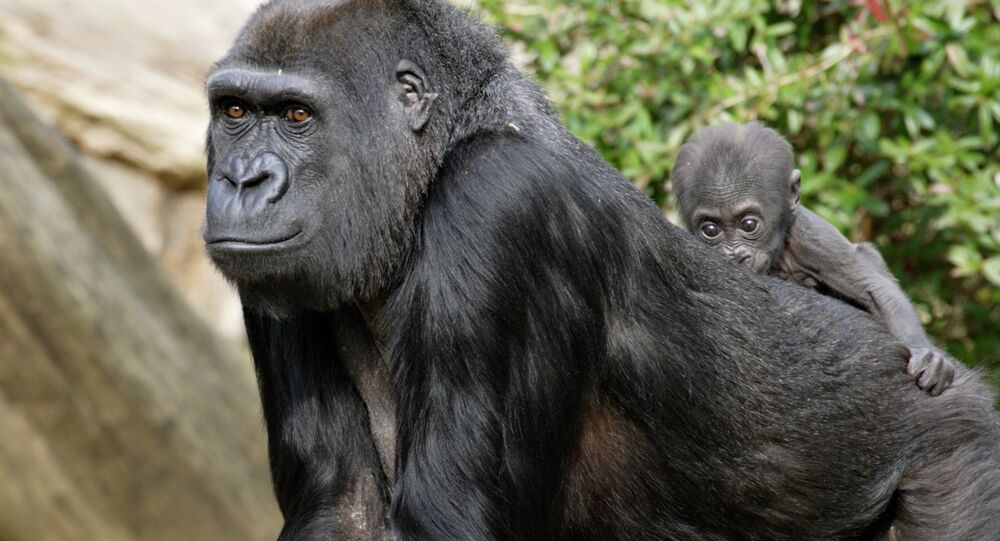 Ebola Endangers Gorillas and Chimpanzees Population, May Cause Extinction

Ebola stands as one of the biggest threats to today's gorilla and chimpanzee population.

This shocking figure compares to around 50 per cent survival rate for humans.

An outbreak of Ebola in 1995 killed 90 per cent of gorillas in a national park in Gabon, in the west coast of Central Africa.

From 2002 to 2003, another epidemic of the deadly virus wiped out 5,000 gorillas in the Democratic Republic of Congo.

Both species are also under attack from poaching, habitat destruction, war and other infectious diseases. The estimated number of gorillas left in the wild totals only 100,000, hence the Ebola virus may cause an extinction of the species, reports The Mirror.

Although, a vaccine for gorillas and apes has already been developed, the treatment is "challenging" to vaccinate chimps with the live virus. In addition, medical research on apes is either banned or highly restricted.

"Across much of Europe, medical research on great apes is either banned or highly restricted because of their cognitive similarity to humans," said Meera Inglis, author of The Conversation article.

"The question is whether or not we should make an exception in this case."

Primatologist Peter Walsh forecasts that without aggressive investments in law enforcement, protected area management and Ebola prevention, the next decade will see our closest relatives pushed to the edge of extinction, reports Nature.

Malaria Not Ebola Leading Cause of Deaths in West Africa: Reports