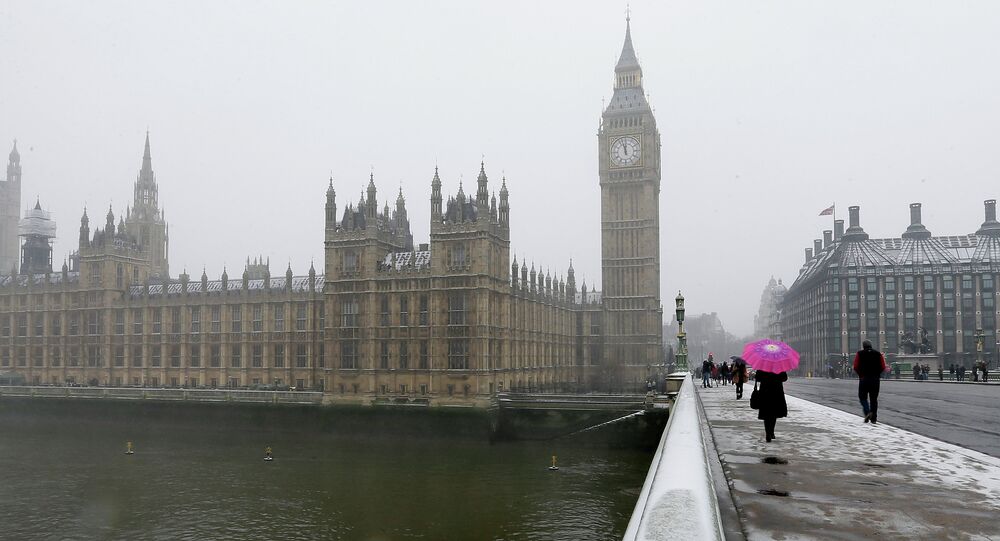 About 40 Percent of British Households Live on Inadequate Incomes

The number of families living under the Minimum Income Standard has increased by "nearly a third" since 2008. Experts link it to the austerity policies of the British government.

"Nearly four in 10 families with children now have incomes that are not high enough to afford a minimum basket of essentials according to our research into what the general public define as adequate," one of the researchers Donald Hirsch from the University of Loughborough said as quoted by the Mail Online.

The JRF report also stated that the number of families living under the Minimum Income Standard (MIS) had increased by "nearly a third" since 2008.

The experts link the trend to the austerity policies of the British government, which has attempted to curb mounting debts at the expense of higher taxes and benefit cuts.

© Sputnik / Alexander Vilf
Over 13Mln Britons Lived in Poverty Last Year: Report
"The Joseph Rowntree Foundation's research is further evidence of the impact stagnating wages and fiscal consolidation is having on living standards of poor families," head of the Social Mobility and Child Poverty Commission Alan Milburn argued as quoted by the Mail Online.

This is the third piece of research conducted by JRF since 2008 to monitor the number of British households unable to meet a minimum acceptable standard of living. According to the report, the greatest rise in the number of households living below the MIS occurred in the second half of the research period.

Third of Disabled in EU Risked Poverty or Social Exclusion in 2013:Eurostat