The consultation system says rape victims will be informed in advance on the general line of defense in trial that is intended to make the examination process less traumatic for them.

“There are real evidential concerns, including a risk of rehearsing witnesses,” Tony Cross, chairman of the Criminal Bar Association was quoted by the Telegraph.

The consultation system proposed by the Director of Public Prosecutions Alison Saunders says the victims will be informed in advance on the general line of defense in trial so that they know if the defense plans to undermine their version or if they are expected to be asked about their sexual history in detail. 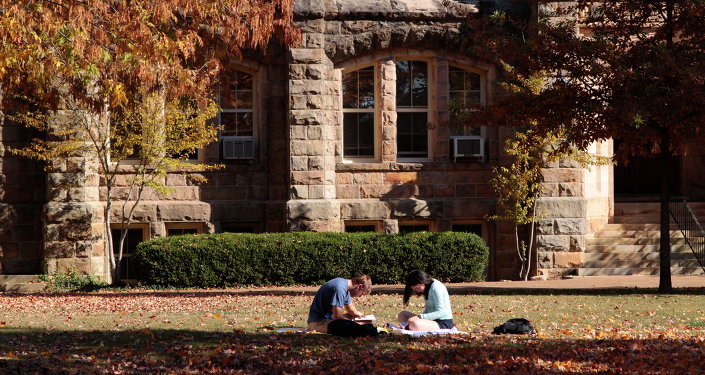 © Flickr / Sewanee: The University of the South
80% of US College Rape, Assault Cases May Go Unreported: Justice Bureau
The system is intended to make the examination process less traumatic for victims.

Alison Saunders claimed that the guidance was not supposed to be a “coaching” of the victims or an instruction about what answers to give.

The controversial guidelines still keep within “the parameters of a fair trial,” Saunders noted.

The proposed system, subject to an eight-week public debate, was outlined in the wake of several high-profile rape cases where victims, as defendants, suffered during or after the court hearing. In January 2013, violinist Frances Andrade committed suicide a week after her cross-examination in court. Another witness, Nigella Lawson, said that listening to distortions of one’s private life in public was “mortifying,” following two days spent in the witness box, according to the Telegraph.

Rape in The Name of Jihad: Escapee Gives Chilling Account of ISIL Horrors