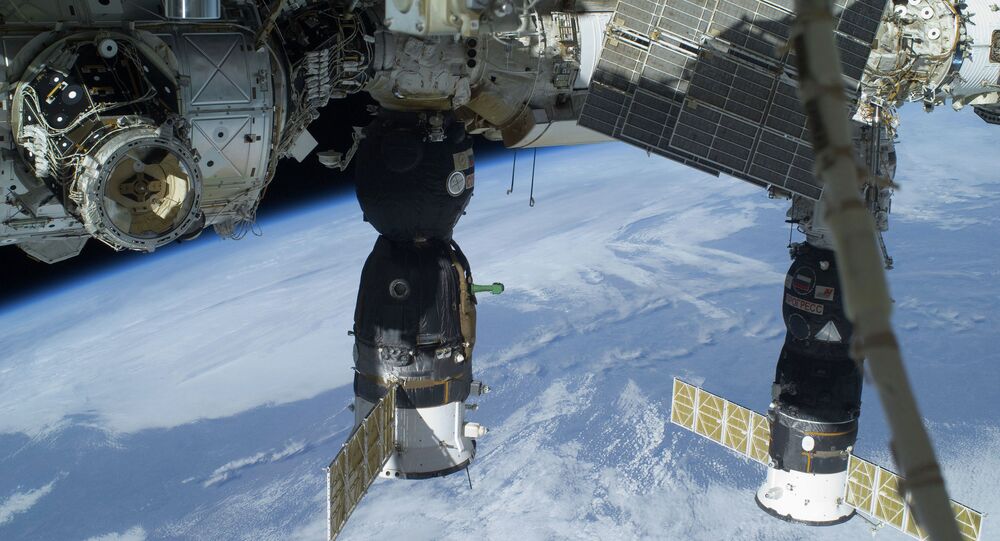 Following a possible ammonia leak in the US segment of the International Space Station, US and Italy's astronauts will be sleeping over in the Russian segment.

© NASA .
Unplanned Space Walk May Be Needed to Fix Ammonia Leak on Space Station
MOSCOW, January 14 (Sputnik) – US astronauts Barry Wilmore and Terry Virts as well as Italy’s Samantha Cristoforetti will be spending the night in the Russian segment of the International Space Station due to a possible ammonia leak in the US segment, a Command Control source told RIA Novosti on Wednesday.

“It has been decided that the foreign astronauts will spend the night in the Russian sector until the situation is resolved,” the source said.

NASA said it has no final confirmation that ammonia has leaked from an air conditioning unit in the US segment of the ISS.

“We have not yet received a final confirmation that a cooling agent has been leaked into the station’s atmosphere. So far we only have information from the cooling circuit that the pressure of ammonia has fallen,” the US space agency source said.

NASA also said that the pressure on the cooling unit has been blocked and the crew is checking the station’s atmosphere from a distance.

© NASA .
No Confirmation of Ammonia Leak on ISS, Crew Checking Atmosphere: NASA
Russia’s space agency, Roscosmos, said earlier that ammonia from an air conditioning unit in the American segment of the International Space Station was discharged into the station’s atmosphere. The American segment on the ISS is currently isolated, the crew is safe and located in the Russian segment.

Earlier on Wednesday, NASA Mission Control in Houston said that an unplanned space walk may be necessary to fix the ammonia leak

Virts and Cristoforetti joined the ISS crew in November 2014, alongside Russia's Anton Shkaplerov, arriving at the station aboard a Soyuz TMA-15M spacecraft. Other members of Expedition 42 include NASA's Barry Wilmore and Russia's Elena Serova and Alexander Samokutyaev. The next expedition is expected to begin March 2015.