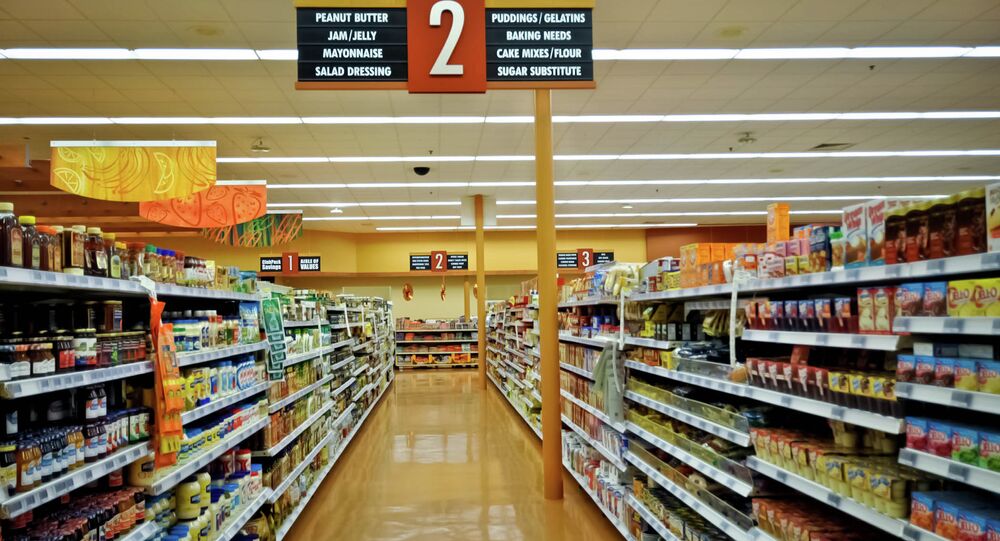 © Fotolia / Gina Sanders
GMO-Labelling Unlikely to Affect US Consumer Prices
According to the survey, 66 percent of Americans approve the requirement for food manufacturers to put labels on products containing genetically modified organisms, or foods grown from seeds engineered in labs. Only 7 percent are against the idea, and 24 percent are neutral.

For some people GMOs are about the food system in general. The abundance of processed foods overall was of high importance. "GMO ingredients aren't the number one thing, but more than likely within a processed food I'd find something that is a genetically modified product," Andrew Chan told the Associated Press.

© Sputnik / Alexei Druzhinin
Putin Signs Law to Make GMO Labelling Administratively Accountable
Genetically modified seeds are engineered to have definite qualities, such as resistance to herbicides or certain plant diseases. Most of the corn and soybean crop in America is now genetically modified, with much of that becoming animal feed. Modified corn and soybeans are also made into popular processed food ingredients such as corn oil, corn starch, high-fructose corn syrup and soybean oil.

At present, the Food and Drug Administration doesn't require labeling of genetically modified foods, saying those on the market is safe. Consumer advocates supporting labeling say customers have a right to know what is in their food, because not enough information is provided about their effects.

According to the AP-GfK poll, public support for labeling GMOs was bipartisan, with 71 percent of Democrats and 64 percent of Republicans preferring labeling. Even among conservative Republicans, more than 6 in 10 favor a labeling requirement.

© Flickr / Rosalee Yagihara
US Government, Consumers Inhibit Mandatory GMO Labeling: Experts
Jay Jaffe, a Republican from Philadelphia, says he strongly favors labeling even though he has no problem buying GMOs. "If they are cheaper and they taste right to me, I'll buy it," he says.

But he added that there should be accountability in the food industry. "It should be there and not in small print," he said of GMO labels. "People should be able to make a choice."