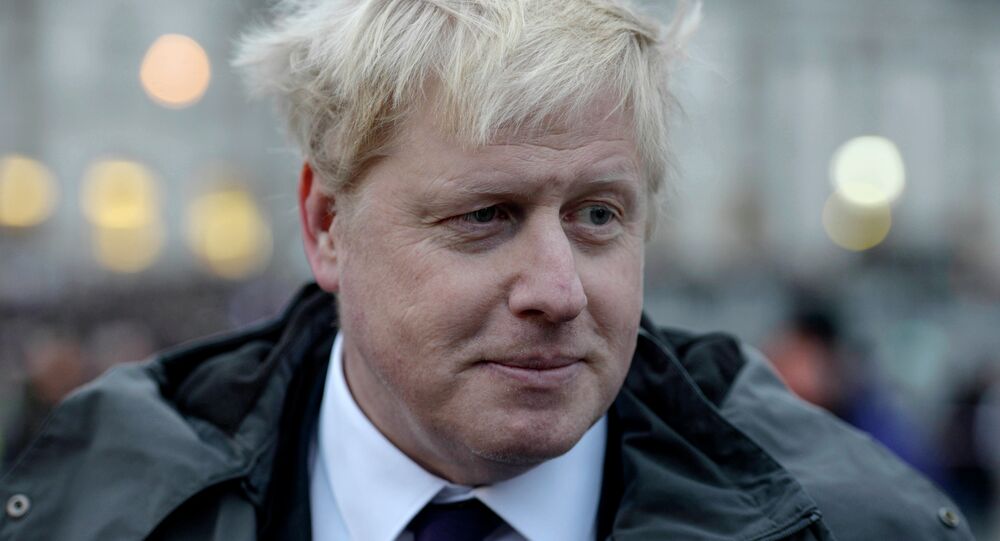 London Mayor Boris Johnson joined by the owner of The Independent and the Evening Standard editor spent a night in a sleeping bag not far from St. Paul's Cathedral in support of homeless veterans.

© Flickr / BackBoris Campaign Team
London Mayor Insists People in Britain Must Speak English
LONDON, January 12 (Sputnik) – London Mayor Boris Johnson, the owner of The Independent and the London Evening Standard Evgeny Lebedev spent a night during the weekend in sleeping bags out on one of the London streets in support of homeless veterans.

"People who have served our country in the most difficult and unimaginable situations deserve all the help we can give them," Johnson was quoted as saying by The Independent.

© AP Photo / Scott Heppell
Homeless Applications From Private Rental Households Skyrocket in Scotland
He said that the London authorities had made a significant difference in reducing the number of homeless veterans over the past 20 years but the situation needed to be improved further.

"We've seen compassionate London at its best tonight: brave care workers who care about the people no one else does, and show genuine courage on a daily basis," Lebedev was quoted by The Independent as saying.

The Independent and the London Evening Standard's joint Homeless Veterans campaign is aimed at raising money for former military personnel who are in need of housing not only in London but all over the UK.

According to the Homeless Veterans website, there are about 4.5 million veterans in the UK, with 20,000 individuals leaving the country's Armed Forces annually. In 2013-214 the campaign organizers received 3,400 calls for help.