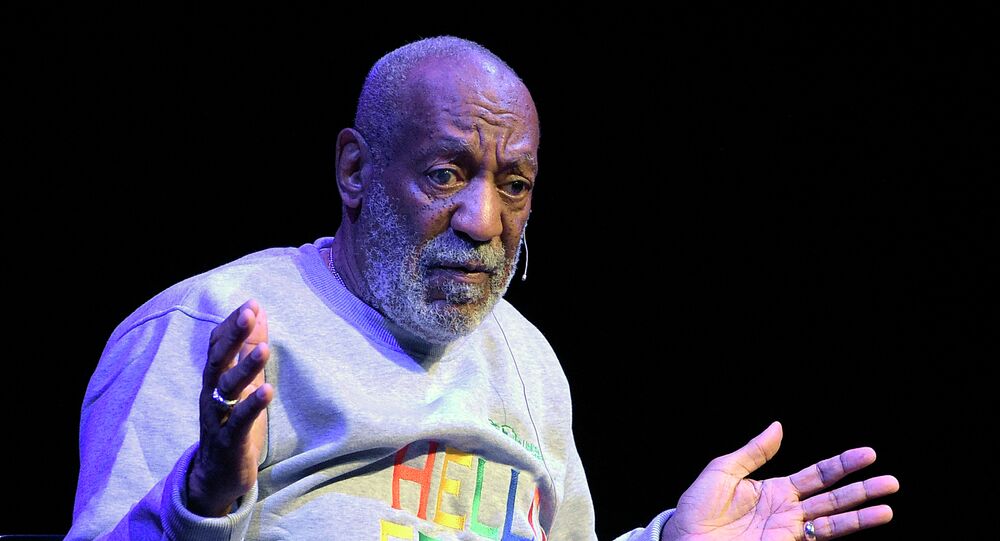 Maintaining his innocence, standing defiant in the face of nearly two dozen rape allegations, Bill Cosby presses ahead with his three-show Canadian tour. After months of silence, refusing to even open his mouth during an NPR interview, Cosby kicked off his show with, of all things, a rape joke.

Outside of Thursday’s stand-up show at the Centre in the Square in London, Ontario, a crowd of protesters demonstrated in support of sexual assault victims.

Many who bought tickets before the most recent wave of allegations claiming Cosby drugged womens’ drinks before sexually assaulting them, tried to sell tickets through social media. Others donated their seats to sexual assault support groups so they could sell the tickets themselves.

“We knew him as the warm Dr. Huxtable, but the allegations paint a different picture and we can’t really support that,” said Wendy Carmichael after selling her tickets.

A few of these protesters, disillusioned of Cosby’s sweater loving, moral arbiter image, made their way inside. Two men were forced from the theater after yelling “You are a rapist!” as a serene Cosby hushed them from beneath the stage lights.

As the show carried on, with Cosby working old bits about a father’s awkward place in a family of girls, he saw one woman leave her seat, and asked where she was going.

“I’m going to get a drink,” the woman replied.

To which Cosby said, “You have to be careful about drinking around me.”

The comment caused a mixed reaction of awe and applause.

Rape jokes, as a general rule, are dicey territory for comedians. Daniel Tosh, host of Comedy Central’s Tosh.O, recently fell into hot water for rape jokes he made at the Laugh Factory comedy club. Patton Oswalt recently published an open letter in which he analyzed his own views on the subject of rape as comedy.

“Every viewpoint I’ve read on this…is simply asking to kick upward, to think twice about who is the target of the punchline, and make sure it isn’t the victim,” Oswalt wrote.

And rape jokes certainly take on an even eerier dimension when they’re being told by a man accused of drugging and assaulting over 30 women in the last four decades.

It’s also important to note that while the allegations against Cosby had been largely forgotten since a civil suit was settled out of court in 2004, it was a rape joke made by comedian Hannibal Burress which brought the controversy back to the publics’ attention.

“’I can talk down to you because I had a successful sitcom,’” Burress says, impersonating Cosby’s holier-than-thou shtick. “Yeah, but you raped women, Bill Cosby, so, that brings you down a couple notches.”

“If you didn’t know about it, trust me. You leave here and google ‘Bill Cosby rape,’” Burress told his stand-up audience in October. “It’s not funny.”