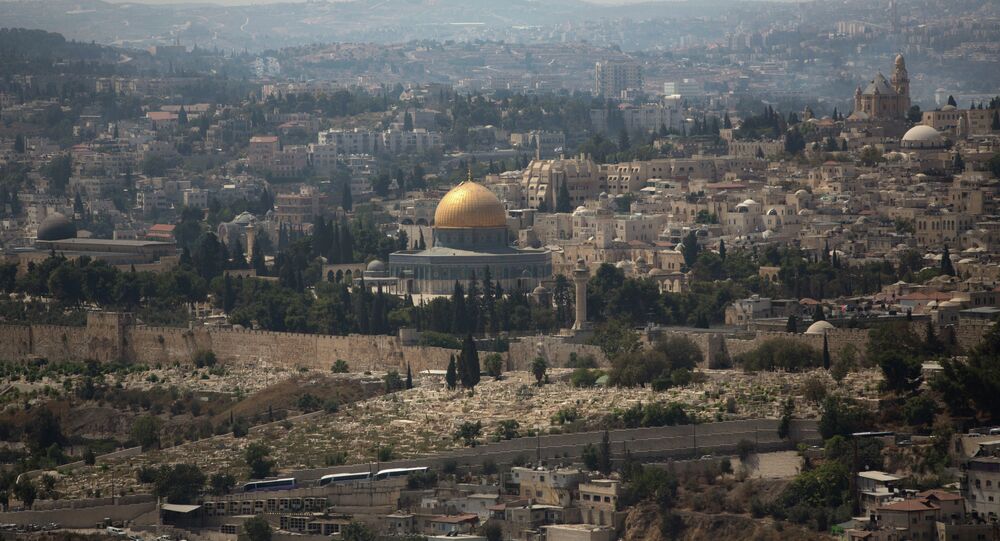 Archaeologists in Jerusalem have reportedly uncovered the location of one of the most famous scenes of the New Testament, the site where the trial of Jesus took place.

MOSCOW, January 5 (Sputnik) – Archaeologists in Jerusalem have reportedly uncovered the remains of the palace of Herod the Great, believed to be a place where the trial of Jesus took place, the Washington Post reports.

The Tower of David Museum, located in Jerusalem’s Old City, began excavations over a decade ago in the adjacent building, which was used as a prison in the Ottoman era. The museum now offers tours to the prison, referred to as the Kishle.

"For two years we excavated this by hand. We dismantled the prison cells but preserved the English, Arabic and Hebrew graffiti that the prisoners had carved," said Amit Re’em, the Jerusalem district archeologist from the Antiquities Authority, as quoted by the Jerusalem Post.

There are two dominant theories. According to one, Jesus was tried at a military encampment. This makes the Antonia Fortress, located near the Temple Mount, a likely site. According to the other, the trial took place at the Herod’s palace, which many believe was located where the museum now stands.

According to the Gospel of John, the trial took place near a gate and on a bumpy stone pavement. Such a description matches archeological findings near the Kishle. "There is, of course, no inscription stating it happened here, but everything — archaeological, historical and gospel accounts — all falls into place and makes sense," said Shimon Gibson, an archaeology professor at the University of North Carolina, as quoted by the Washington Post.