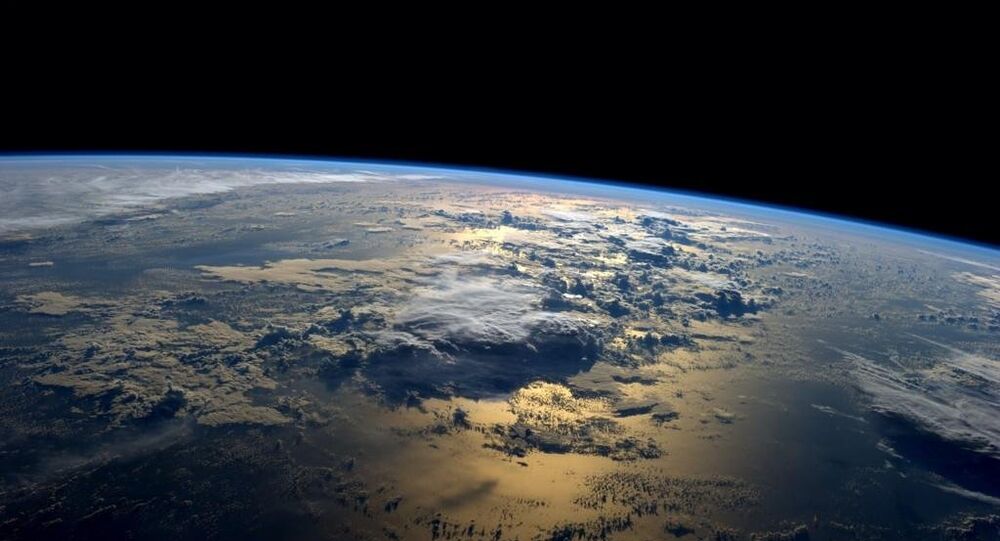 Astronaut Alexander Gerst released a stunning timelapse video of the Earth as seen from the International Space Station. Marvel at the endless beauty of the planet we live on.

MOSCOW, December 27 (Sputnik) – Alexander Gerst, an astronaut with the European Space Agency (ESA), released a stunning timelapse video of the Earth as seen from the International Space Station (ISS).

A #4K timelapse showing our planet in motion, from my favourite Earth images during the #BlueDot mission. #UltraHD http://t.co/QNDhQLw3fc

Gerst, a geophysicist and a volcanologist, spent six months on the ISS on the ESA’s Blue Dot mission, launched in May 2014. Gerst was tasked with conducting experiments in physics, biology and human physiology. He also researched radiation and carried out technology demonstrations, according to the ESA. He performed one spacewalk during his mission.

© Sputnik / Ramil Sitdikov
All Four European Communication Satellites Put Into Orbit: Space Agency
Gerst, an avid photographer, used 12,500 photos taken during his Blue Dot mission to create an amazing six-minute video. The footage shows aurora borealis, blazing sunrises, cities illuminated at night, thunderstorms, the Milky Way, as well as parts of the space station, a SpaceX Dragon capsule and an Orbital Sciences Cygnus capsule. Marvel at the endless beauty of the planet we live on.

Gerst has published several of the photos from his extensive Blue Dot archive on his official Twitter account.

The North African deserts are one of the most impressive landscapes on our planet. #BlueDot archives pic.twitter.com/odM4gQ85ea

To realize how fragile our little blue planet is, I needed only a single glance. #BlueDot pic.twitter.com/HCrMXZTFh5

This is how #Earth's shadow looks from the side, detaching from the surface at the day-night line into infinity pic.twitter.com/Jdpr5uWptS