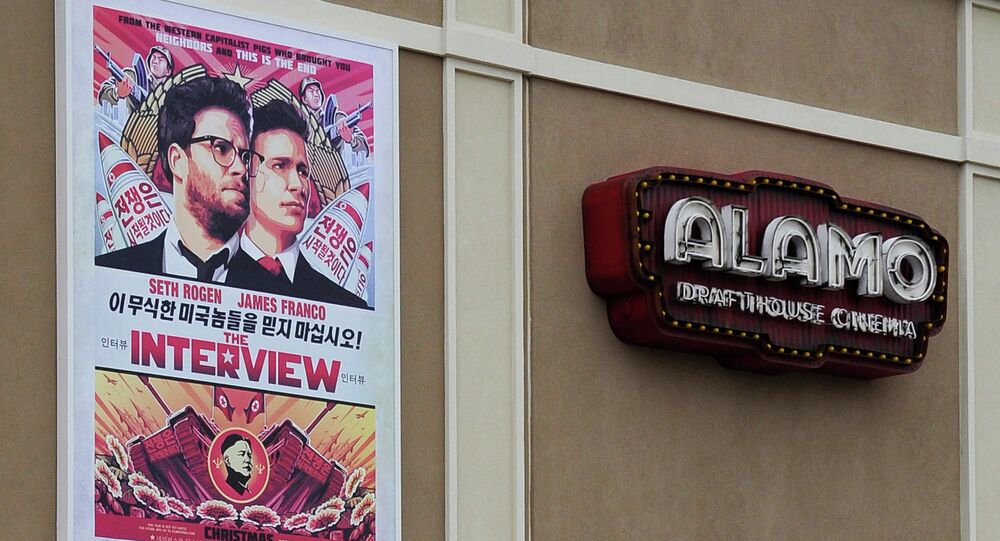 The comedy that involves a plot to kill the North Korean leader triggered a major cyber-attack on Sony Pictures last month; it is now available for consumers.

MOSCOW, December 25 (Sputnik) — The provocative comedy, "The Interview," which triggered a major cyber-attack on Sony Pictures is going ahead with the release on Wednesday on Google Inc's YouTube site, reports Reuters.

Microsoft Corp and Sony are also showing the comedy in some 320 independent theaters. Google Canada is also offering the movie.

© AP Photo / Keystone, Walter Bier, file
Google Steps in to Stream Controversial Film 'The Interview'
The controversy surrounding “The Interview” made headlines back on 24 November, when a group of alleged North Korean hackers, calling themselves “Guardians of Peace”, carried out a cyber-attack on Sony Pictures Entertainment. The hackers leaked sensitive information pertaining to the company’s salary figures, as well as credit card numbers, passwords, emails and other private employee data.

The movie plots stars Seth Rogen and James Franco as TV personalities who are assigned to kill North Korean leader Kim Jong Un. The film’s budget was more than $44 million dollars and it is unclear whether the movie will recoup its costs.

© REUTERS / Rick Wilking
No 'Credible Threats' Against DC Theaters Showing 'The Interview': FBI
The vast publicity "The Interview" has received could drive amazing numbers for the movie, but the absence of major US movie chains as exhibitors could also hugely cut into box office receipts. The chains refused to show the film owing to security concerns, reports Reuters.

US public opinion leaned toward criticism of the movie, with 62 percent of Americans calling the withdrawal of the movie an overreaction on Sony’s part.  President Barack Obama blamed the cyber-attacks on North Korea and also expressed criticism on Sony of self-censorship by yielding to the hackers' demands.

"We chose the path of digital distribution first so as to reach as many people as possible on opening day, and we continue to seek other partners and platforms to further expand the release," Sony Entertainment Chief Executive Michael Lynton said in a statement.

© Photo : usa.gov
Obama Satisfied Over 'The Interview' Release: White House
He added that Sony had first contacted Google, Microsoft "and other partners" on Dec. 17, the day the studio said it had no future plans to release the film.

The film is now available on YouTube Movies, Google Play, Microsoft's Xbox Video, and a dedicated website, seetheinterview.com, for $5.99 as a rental or $14.99 as a purchase. No cable or satellite TV operator has yet agreed to make "The Interview" available through video on demand (VOD). It is also available on the official site of the movie.

Independent theatres planned to show the film and many Christmas Day screenings were already sold out.

"I need to say that a comedy is best viewed in a theater full of people, so if you can, I'd watch it like that," Rogen tweeted. "Or call some friends over."