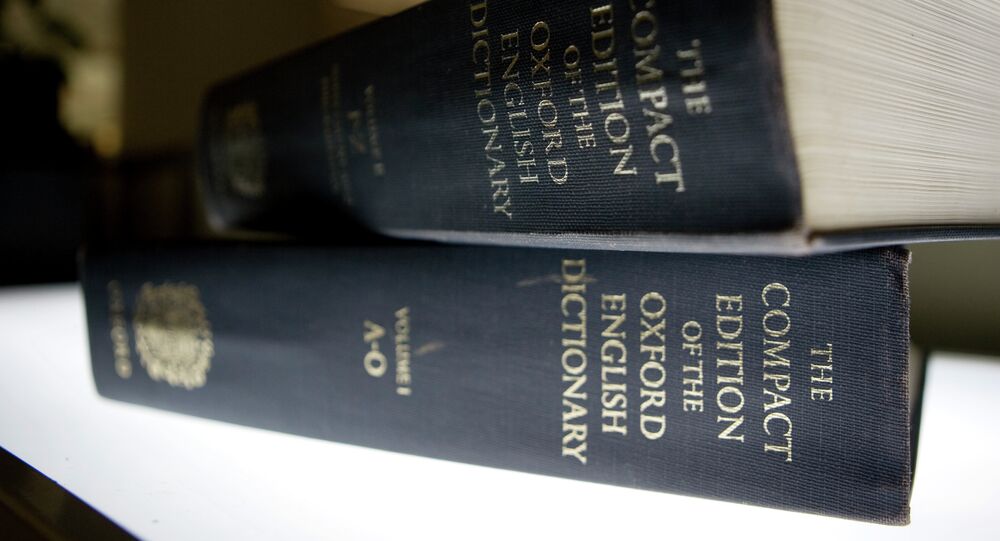 This was the first time in the nine-year history of the Chinese Character and Word of the Year event when the broad public chose the winners.

MOSCOW, December 19 (Sputnik) — Internet users in China have chosen “anti-corruption” as the word of the year 2014 and “law” as this year’s symbol, Xinhua reported Friday, citing a survey by the Chinese National Language Monitoring and Research Center.

According to Xinhua, this was the first time in the nine-year history of the Chinese Character and Word of the Year event when the broad public chose the winners.

© Fotolia / Stripped Pixel
Chinese Former Security Chief Arrested on Corruption Charges: Reports
The competition’s selection panel comprising linguist experts made a choice of its own, voting for “missing” as the word and “Malaysia Airlines” as the symbol that best characterizes the year of 2014. The experts also released the "catchword of the year", "new word of the year" and "Internet slang of the year" which were selected based on research.

Linguistic organizations and dictionary publishers, including the American Dialect Society, the Global Language Monitor, the Society of the German Language, Merriam-Webster Inc. and Oxford University Press are trying to capture the zeitgeist by choosing their own words, phrases and names of the year. In 2009 the Global Language Monitor also came up with top-25 words to characterize the decade of 2000-2009 – the list included words like “global warming,” “9/11,” “tsunami” “Google,” and “Twitter.”