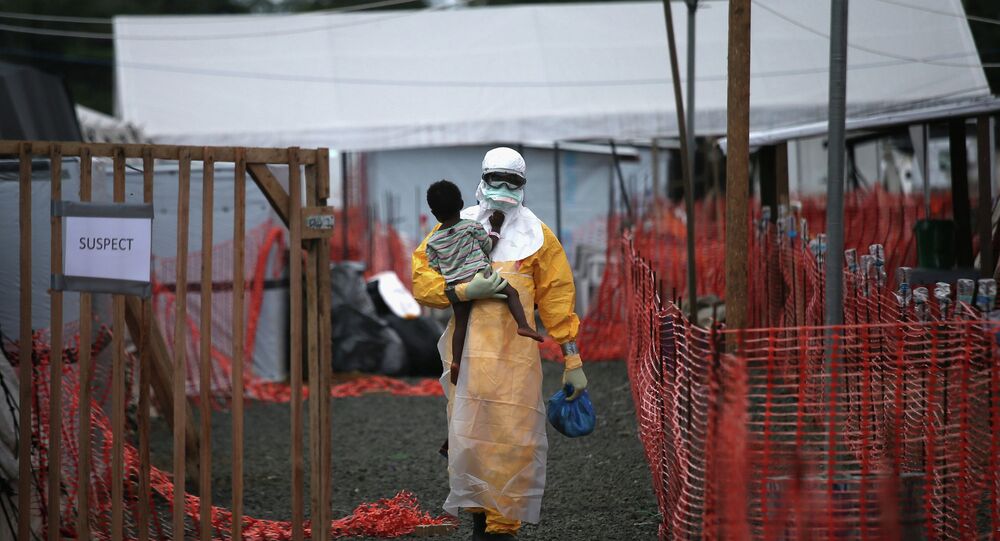 Health workers curbing the Ebola outbreak have been nominated for the TIME's "Person of the Year" title. More than 3,400 of Doctors Without Borders members are currently working in Guinea, Liberia, Sierra Leone and Mali.

Ebola Nurses and Doctors have been nominated by Time magazine for "The Person of the Year 2014." The winner will be selected by Time's editors, but readers can also cast their vote for a person, group, or even an inanimate object or conceptual cultural movement.

"Health workers working in the Ebola outbreak in West Africa deserve recognition for their hard work, however, we are not interested in ranking the efforts of our staff," Jose Michelena, MSF Ebola Field Communications Coordinator, told Sputnik in the interview.

"Our primary objective is to save as many lives as possible, within our efforts to fight the Ebola outbreak," he said, adding that as of today nearly 1600 people have survived the disease in six case management centers in Guinea, Sierra Leone and Liberia. The MSF's coordinator offers that this occurs "thanks to the work of our national and international staff."

© REUTERS / 2Tango/Files
Number of Ebola Virus Cases Exceeds 17,000: WHO
MSF is a medical humanitarian organization working in more than 70 countries around the world. "We can't really comment about which place health workers should get in any list, since there are health workers all over the world battling very hard with many other humanitarian crisis and illnesses, such as TB, HIV, malaria, etc.," Michelena concluded.

MSF's coordinator informed Sputnik that MSF doctors and nurses have been responding to the outbreak since March, and currently MSF has more than 3,400 staff working in Guinea, Liberia, Sierra Leone and Mali (276 international and around 3,160 locally based health care workers), treating an increasing number of patients. "Since the response began, 24 MSF's staff members have fallen ill with Ebola, 11 of whom have recovered," he said adding that "the vast majority of these infections were found to have occurred in the community."

The first ever Time's "Man of the Year" was Charles Lindbergh who, in 1927, was the first to pilot a plane non-stop across the Atlantic. Since that year the magazine has awarded the title to many figures — from Adolf Hitler to Pope John Paul II. In 1999, the title was changed to "Person of the Year". Prior to that, four women were awarded "Woman of the Year." Not only individuals or groups but inanimate objects and cultural issues have been awarded as well. The computer, won as "Machine of the Year" in 1982, and "Endangered Earth," won as "Planet of the Year" (1988).