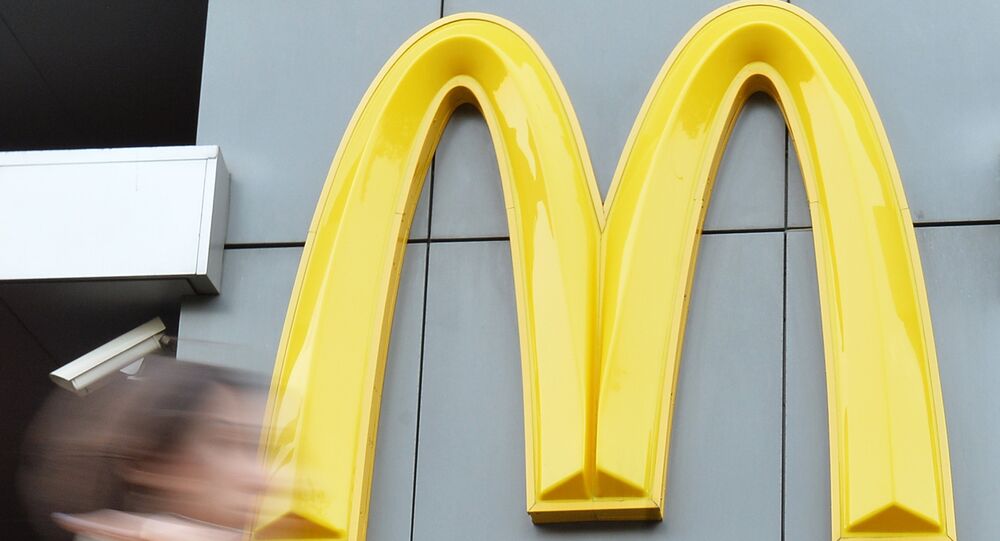 A muscovite who lost part of her finger when a McDonald’s counter employee accidentally slammed a window shut on her, is now demanding 4.5 mln rubles ($96,000) from the fast food restaurant.

© RIA Novosti . Andrey Iglov
Half of Russians Want McDonalds Closed
MOSCOW, November 27 (Sputnik) – Back in 2012 Olga Gavrilova was buying coffee at a McDonalds restaurant in the center of Moscow.

After handing her the cup of coffee, the front counter employee serving her abruptly shut the outside window which slammed down directly on Olga’s finger, cutting off a phalanx like a sharp knife.

It is two years after the incident occurred and Olga has filed a law suit against the fast food restaurant demanding 4.5 mln rubles ($96,000) in compensation for material and moral losses.

“I immediately called for the staff manager and asked for a medical kit,” Olga recalled in an interview with LifeNews news channel. “But they did not give me any medication or any other bandaging material saying they had called for an ambulance, which came only in half an hour”.

The finger fragment was simply put into an ice-cream cup filled with ice. Because no first aid was provided in time, her finger could not be reattached through surgery.

McDonalds has not admitted any guilt, instead blaming the window manufacturers, while at the same time ruling out any out-of-court settlement.

“It is simply due to the failure of the window locker,” said the manager of the restaurant. “There is no fault of the employees. Our cameras had taped everything but the footage is kept only for two weeks and nobody applied within this period. We did all that we could – called the ambulance and rendered the first aid”.

As a result of her trauma, Olga had to undergo plastic surgery and lengthy rehabilitation.

Half of Russians Want McDonalds Closed