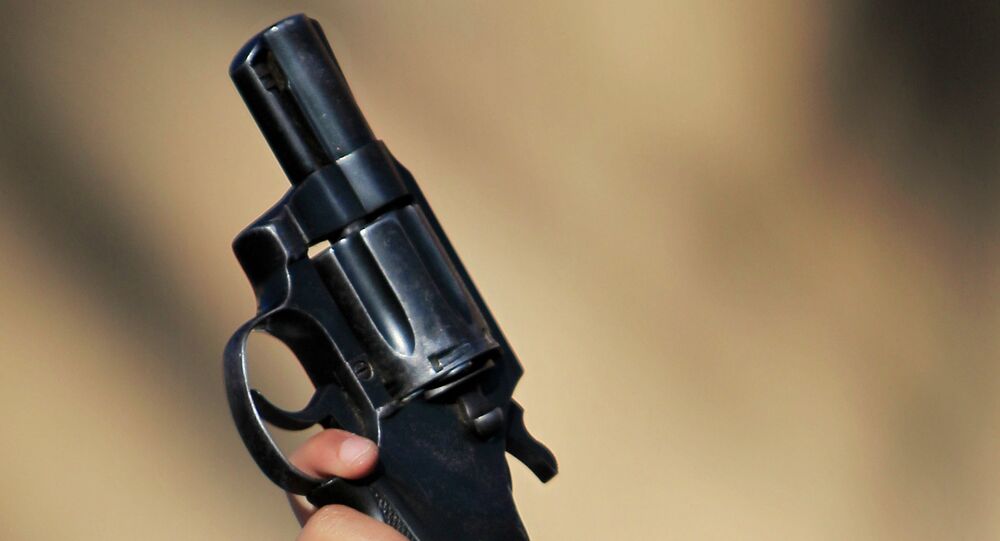 A three-year-old boy accidentally shot his mother as she changed her daughter's nappy.

MOSCOW, November 26 (Sputnik) – Christa Engles, a twenty-six-year-old mother of two, was discovered with a gunshot wound to the head at her home in Tulsa, Oklahoma. The toddler allegedly found the gun on a table near the sofa, Tulsa World has reported. The police believe the toddler accidentally fired the gun as his mother changed the nappy of his younger sister.

The woman was discovered when the children's grandmother arrived at the house. According to the police officer on site, several guns were found inside the property.

Christa Engles was an US Army Reserve specialist. She was taken to hospital in critical condition, but later died, reports The Mirror.

Poll Reveals School Gun Violence Top-5 Concern for US Parents
Tulsa Police Homicide Sgt. Dave Walker confirmed that it appeared the mother had been shot as she changed her child’s diaper.

“There was a holster on a table right where she would have been changing the diaper,” he said. "We are prepared to do what we have to do to keep the kids safe, but I think this is a horrible, horrible accident," he added.

The woman's husband, a truck driver, returned home a few hours later to learn of the incident. Brian Engles said that he was in the process of coordinating funeral arrangements, and while he said he was not yet ready to be interviewed, he allowed Tulsa World to publish the contents of his social media posts, reports The Mirror.

Heartbroken, he wrote on Facebook: “I know you loved me, I worship the ground you walked on."