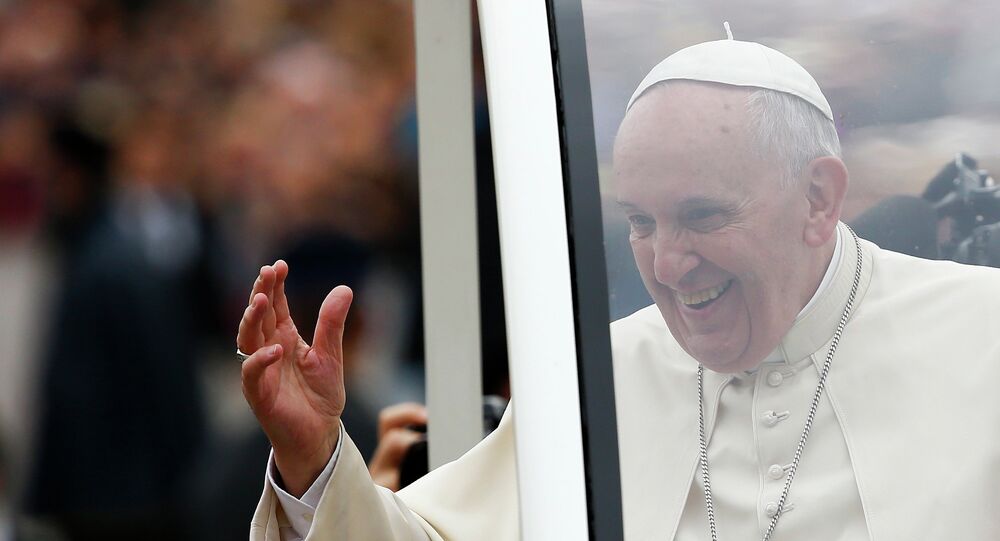 Pope Francis has written a letter to Australian Prime Minister Tony Abbott, who will preside at the upcoming G20 meeting in Australia’s Brisbane, urging the leader to ensure the meeting “delivers improvement to the lives of the poor”.

MOSCOW, November 12 (RIA Novosti) – Pope Francis has written a letter to the Australian Prime Minister Tony Abbott ahead of the G20 Summit in the Australian city of Brisbane, calling the leader to ensure that the world’s 20 largest economies “deliver real improvements to the lives of the poor”, local media reports on Wednesday.

"I would ask the G20 heads of state and government not to forget that many lives are at stake behind these political and technical discussions," the pontiff said in his letter.

"It would indeed be regrettable if such discussions were to remain purely on the level of declarations of principle."

"[The] mentality that maximization of profits is the final criterion of all economic activity… in which individuals are ultimately discarded, will never achieve peace or justice," Pope Francis added.

"Responsibility for the poor and the marginalized must therefore be an essential element of any political decision, whether on the national or the international level."

"The whole world expects from the G20 an ever broader agreement which can lead… to a definitive halt to the unjust aggression directed at different religious and ethnic groups, including minorities, in the Middle East," he said.