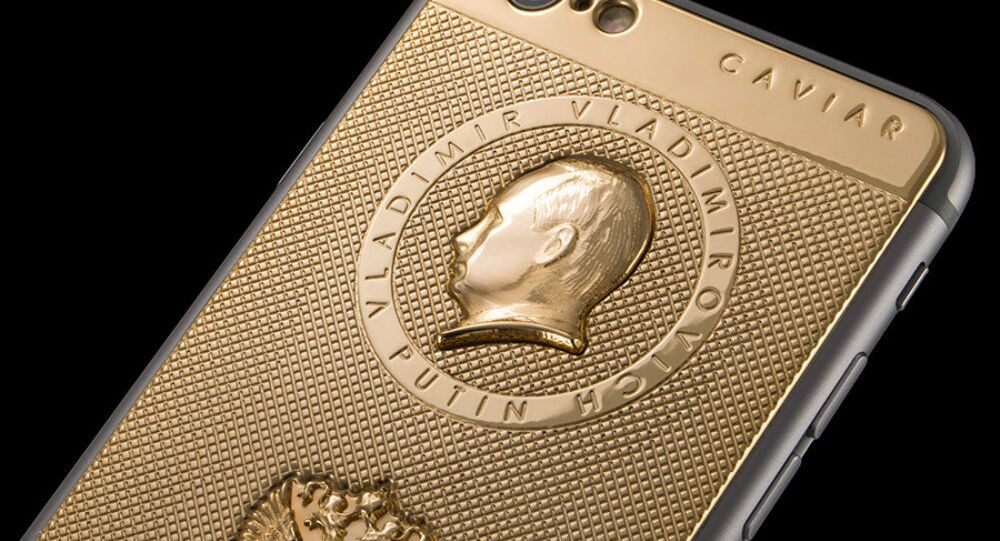 A company has halted the planned sale of the 'Putinphone' -an iPhone 6 in a gold-plated case, following comments by the president's press secretary that the president does not approve, Russian media reported.

MOSCOW, November 11 (RIA Novosti) — The planned sale of the gold-plated iPhone 6-based ‘Caviar Supremo Putin II’ smartphone by Smart Luxury Group Ltd has been halted after it became known that the president does not approve of the commercialization of his image, Lenta.ru reported.

The Supremo Putin II is basically an iPhone 6 with an anodized gold-plated case; the Nizhny Novgorod-based company announced its planned release Monday; the phone was set to carry a price tag of 169,000 rubles (about $3,635). The case in question includes an engraved image of the president and his name, along with Russia’s two-headed eagle coat of arms, and the opening lines to the country’s national anthem.

The same day, Dmitri Peskov, the president’s press secretary, told reporters that the president does not approve of the use of his name and image for commercial purposes, saying simply that “the President does not approve of this.” Peskov added, however, that “the fight against such manifestations is not among our priorities; it is far from being one of the main issues currently on the agenda.”

Smart Luxury Group makes covers for iPhones from gold, carbon, leather and other materials and sells them to yuppie enthusiasts and novelty buyers.

The Russian media have playfully praised Peskov’s remarks; local headlines over the news have read “Putin has Banned the Sale of iPhones with his Portrait” and “Putin Has Banned [Companies] from Transforming Him into a Golden Calf”.

Once a Person Becomes Rich Enough, Do Rules No Longer Apply?

Research: Rich Political Donors in Control of US Government

'In Europe We Lack Solidarity. Rich Regions Do Not Want to Help...' - Expert