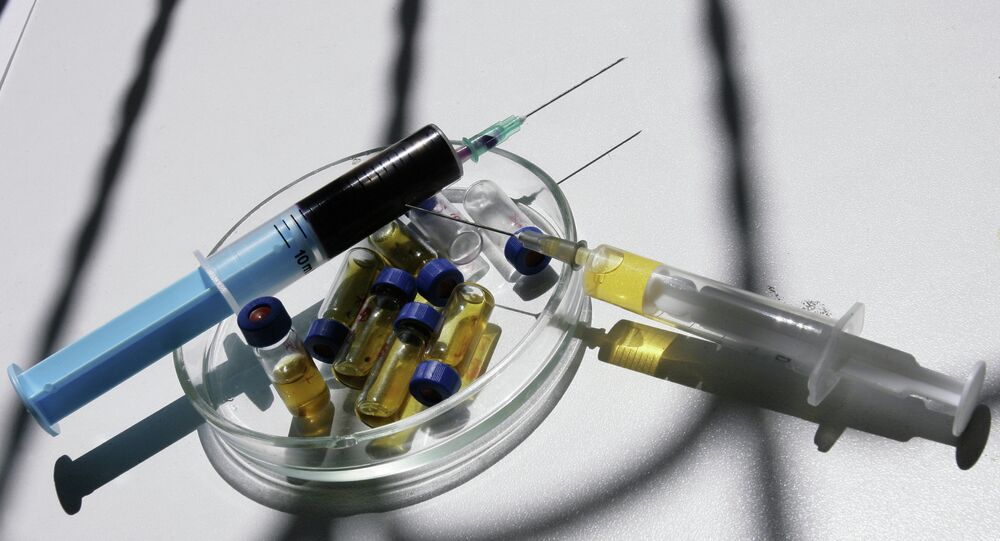 World commemorates the day of the UN Convention against Illicit Traffic in Narcotic Drugs and Psychotropic Substances came into force on November 11, 1990.

MOSCOW, November 11 (RIA Novosti) — The UN Convention against Illicit Traffic in Narcotic Drugs and Psychotropic Substances took effect on November 11, 1990. The convention was adopted on December 19, 1998 at the Conference of Plenipotentiaries in Vienna, which brought together representatives of 106 UN member-states, including the Soviet Union. In the USSR, the convention was ratified on October 9, 1990 and came into force on April 17, 1991.

The first international agreement on combating illicit drug trafficking was the 1912 Hague Convention, which established that the production, sale, and use of narcotics had to be regulated by law and carried out exclusively for medical purposes. In subsequent years, an additional nine international legal acts on combating illicit drug trafficking were adopted. One of the most important treaties was the 1936 Convention for the Suppression of the Illicit Traffic in Dangerous Drugs.

To unify the international agreements (with the exception of the 1936 Convention), the UN adopted the Single Convention on Narcotic Drugs in 1961, which was followed by the adoption of the Convention on Psychotropic Substances in 1971 to create a legal framework for combating the illicit trafficking of psychotropic substances. These conventions obligate signatory states to establish imprisonment penalties for all serious and deliberate illegal operations related to the trafficking of narcotics and psychotropic substances.

The UN Convention against Illicit Traffic in Narcotic Drugs and Psychotropic Substances of 1988 is a standard multilateral convention on combating a certain kind of international crimes. It is a fundamental document based on which the signatory states build their national anti-narcotics legislation.

The adoption of this significant document was dictated by the need to further improve the control measures provided for in the UN conventions. The primary emphasis in the document is placed on enhancing the effectiveness of the legal means of international cooperation. The Convention underscores the need for inter-state cooperation in combating the illicit trafficking of narcotics and psychotropic substances.

The document identifies the list of narcotics and types of actions with them (trafficking), which are subject to prosecution under international and national law. The Convention has introduced a number of fundamentally new offenses, including the organization, direction, or financing of drug-related crimes.

The Convention does not exclude any criminal jurisdiction established by any party in accordance with its national legislation. As emphasized in the document, when implementing their obligations under this Convention, the signatory parties take the necessary measures, including organizational and legislative measures, in accordance with the fundamental articles of their national legislative systems.

The signatory parties can provide each other with a broad range of legal assistance and consider the possibility of sharing materials for the criminal prosecution of offenses related to illicit traffic in narcotics and psychotropic substances, if such material sharing is consistent with the proper administration of justice.

Unlike the conventions of 1961 and 1971, which outline in detail measures to combat narcotic drugs and psychotropic substances, the 1988 Convention only lists general control measures, assuming that to implement these general provisions governments need to develop their own control measures. A major element of the Convention is the emphasis placed on the need to establish control over precursors (substances used to produce narcotics).

Identifying the aggravating circumstances of the drug-related crimes is among the key provisions of the Convention. The document mandates the parties to focus efforts on detecting organized criminal groups and requires states to take all necessary means to prevent illicit drug production.

Under the Convention of 1988, the signatory states agreed to amend their national laws to facilitate the confiscation of proceeds from illicit drug trafficking. Courts should be allowed to disclose bank secrecy when investigating drug-related cases, facilitate the extradition and prosecution of accused drug traffickers, preclude illegal mailings and establish a system for monitoring the international trade in precursors.

For the first time in international practice, the Convention provides for controlled delivery, a method used by law enforcement authorities allowing import, export or transit to one or several countries of illicit or suspicious narcotics and psychotropic substances or their substitute substances with the knowledge and under the supervision of the law enforcement services to identify the individuals involved in the commission of drug-related crimes.

In conjunction with the conventions of 1961 and 1971, the 1988 Convention is accepted by the international community as a framework, based on which most states cooperate in combating illicit drug trafficking.

The Russian Federation controls narcotic drugs and psychotropic substances traffic and prosecutes actions aimed at their illicit trafficking in accordance with international agreements in this area. The UN conventions had been ratified by the Soviet Union. Russia ratified the 1972 protocol to the 1961 Single Convention on November 23, 1995.

To facilitate the implementation of the international agreements, Russia passed the Federal Law On Narcotic Drugs and Psychotropic Substances of January 8, 1998, including subsequent amendments.