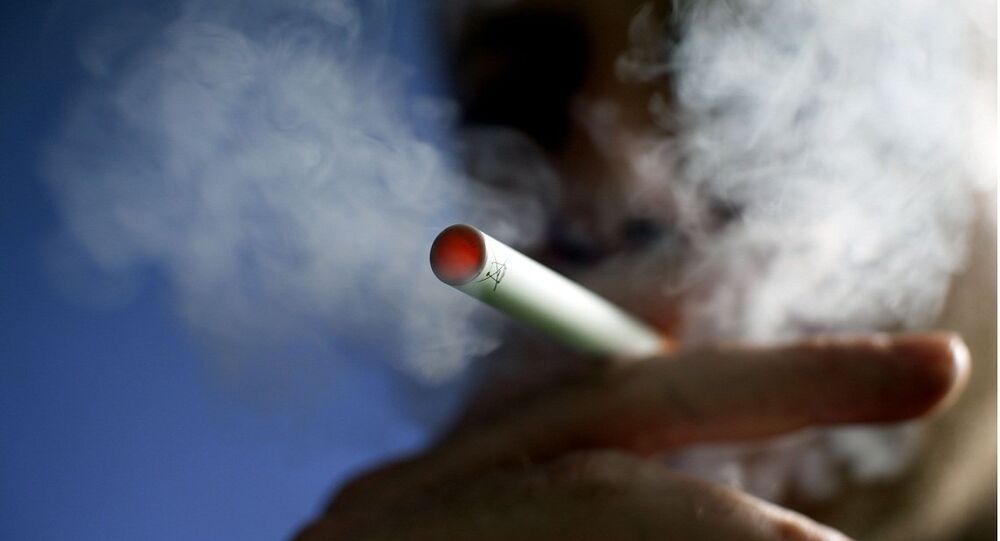 Nearly 50 years after tobacco advertising was banned in the UK in 1965, an advertisement showing what looks like cigarette smoke being exhaled is now being shown on British TV as new rules take effect.

The ad is for ‘vaping' — the smoking of so-called e-cigarettes which deliver some nicotine with reduced levels of other chemicals.

The advertisement will be shown during ITV1's detective drama series Grantchesterand will be the first of its kind. New rules, approved by the Committee of Advertising Practice (CAP) last month, come into effect this week allowing such ads.

Vaping has become very popular, particularly with smokers trying to give up tobacco altogether, but it has stirred controversy: anti-smoking campaigners say it encourages people to take up smoking.

Figures released by health charity ASH in April this year reveal that usage of electronic cigarettes among adults in Britain has tripled over the past two years from an estimated 700,000 users in 2012 to 2.1 million in 2014.

The main reasons given by ex-smokers are "to help me stop smoking entirely" (71 percent) and "to help me keep off tobacco" (48 percent).

Amanda Sandford of the group Action on Smoking and Health (ASH) told Sputnik UK then that: "The tobacco industry, not surprisingly, is buying into this market. The problem is if they try to reach non-smokers and try to market these devices as an alternative lifestyle — that would cause concern. We support stronger regulation of the marketing of electronic cigarettes so they're not promoted to young people."

Today's advertisement, which is due to run for the next five weeks, will go out after the 9pm watershed — the deadline for screening things which are deemed harmful to younger viewers.