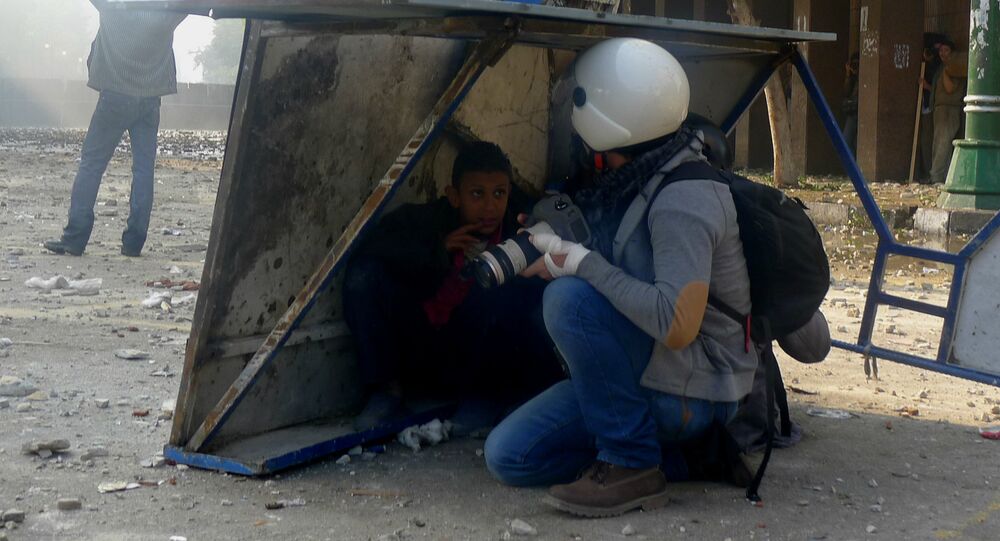 CPJ has reported that there was little progress in combating impunity in crimes against journalists.

MOSCOW, October 28 (RIA Novosti) — The Committee to Protect Journalists (CPJ) has published a report saying that there has been little progress in bringing down impunity rates for crimes against journalists worldwide.

"The report finds that while international attention to the issue has grown over the past decade, there has been little progress in bringing down rates of impunity worldwide," the October report says.

"Far more political will on the part of states to implement international commitments to combat impunity will be needed to make an impact on the high rates of targeted violence that journalists routinely face," according to the report.

The report, named "The Road to Justice: Breaking the Cycle of Impunity in the Killing of Journalists," said that in the past 10 years, 370 journalists have been murdered in connection to their work. The majority of them were local journalists reporting on politics and war, corruption and human rights. In 90 percent of the cases there have been no arrests, no convictions – total impunity.

The CPJ calls on national governments and political leaders to condemn all types of violence against journalists, and calls on the UN to bring to account member states, which do not punish those responsible for the crimes.

The CPJ report's release comes ahead of the first UN-recognized International Day to End Impunity for Crimes against Journalists, which will be held on November 2.