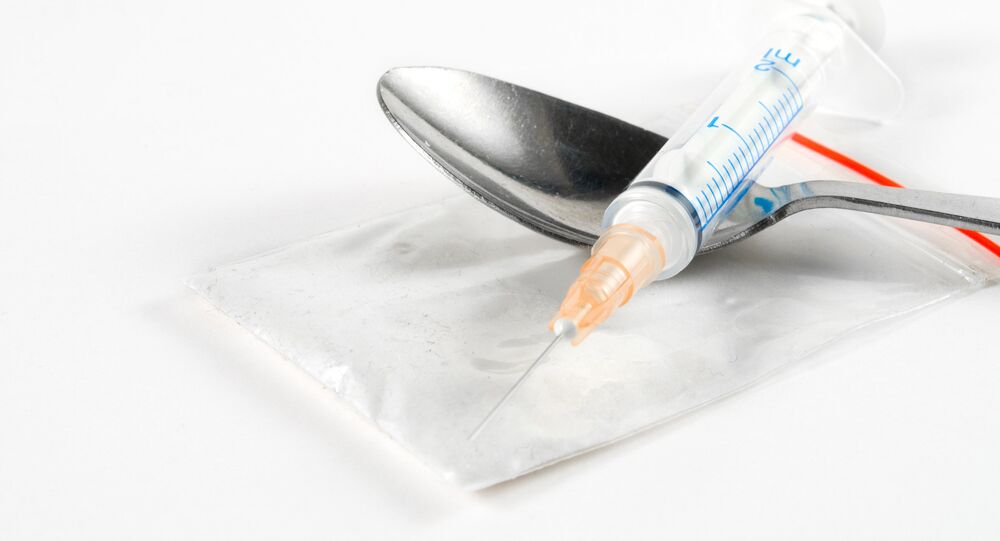 The heroin death toll in New York City has more than doubled over the past three years, as the drug becomes popular in new areas and among different people, The New York Times reported Thursday.

MOSCOW, August 28 (RIA Novosti) — The heroin death toll in New York City has more than doubled over the past three years, as the drug becomes popular in new areas and among different people, The New York Times reported Thursday.

“The rest of the city — Staten Island, Queens, most of Manhattan — close to nothing,” Kolodny added.

The dangerous trend of heroin use has spread to different parts of the city, affecting a different demographic of users, the paper reported. In 2013, 420 people died of heroin overdoses of 782 overall drug overdoses, according to the city’s year-end data.

Kolodny claims a typical user today is young, middle-to-upper class, and white, the New York Times reported. The city’s year-end data also revealed an increase in older Hispanic users in the Bronx. The number of overdose deaths among Hispanic users spiked to 146 last year from 64 in 2010.

Staten Island is currently a heroin hub, where 36 users died in 2012, the highest number in over a decade, topping death rates in New York’s four other boroughs, according to the New York Times. In past decades, heroin was mostly found in the urban sections of the borough’s north, afflicting the poorest areas.

“What we’re seeing, as pills become more difficult to access, is a shift to the black market and heroin,” Dr. Kolodny was quoted saying by The New York Times.

Some officials fear that efforts launched last August to reduce prescription drug abuse could drive dependent addicts to heroin. Increased availability combined with prices as low as $5 or $10 for a single glassine, make heroin an ideal alternative for young drug addicts, The New York Times reported.

An effort to increase access to Naloxone, a drug that has been used to reverse heroin overdoses, has saved about 500 users since 2010, according to The New York Times. According to The Washington Post, 19,500 Naloxone kits are being provided to the New York Police Department.

Heroin is an illegal, highly addictive drug derived from morphine that can be snorted, smoked or injected.