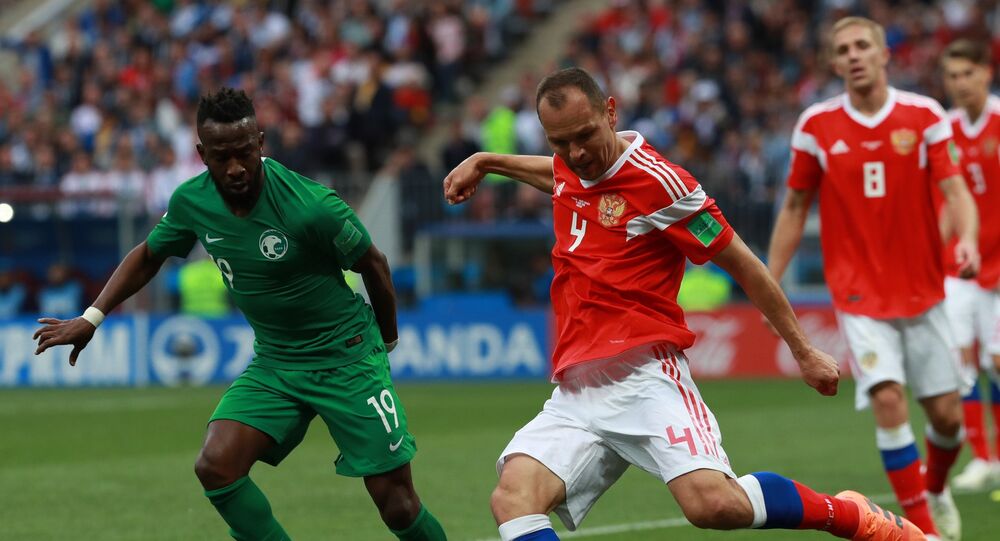 SOCHI (Sputnik) - Russian midfielder Aleksandr Samedov, along with veteran defender Sergei Ignashevich, announced on Saturday night that their side's World Cup quarterfinals match against Croatia would be their last game with the national football team.

"This was my last match with the national team," Samedov told journalists.

CSKA Moscow veteran Ignashevich, who will turn 39 on July 14, is Russia's most capped player and played the whole game in what would become his 127th — and last — match for the team as they played valiantly but lost on penalties to Croatia in a dramatic quarterfinal match on Saturday.

"That's it. It is very complicated to be aware of it that it all happened… Thank you all! I could not even imagine that i would finish my career on it highest peak. I am happy that i have been a part of this team, this coach and our football country for almost 20 years. I would like to thank CSKA Moscow football fans," Ignashevich said in an emotional Instagram post.

Russia midfielder Alan Dzagoev said Thursday that his teammate, defender Sergei Ignashevich, deserved a big thank you from his compatriots for playing for his country at the World Cup at the age of 38.

The Russian team reached their first-ever FIFA World Cup quarterfinal since the break-up of the Soviet Union, but lost to Croatia in a thrilling penalty shootout at the Fisht Stadium in Sochi on Saturday.