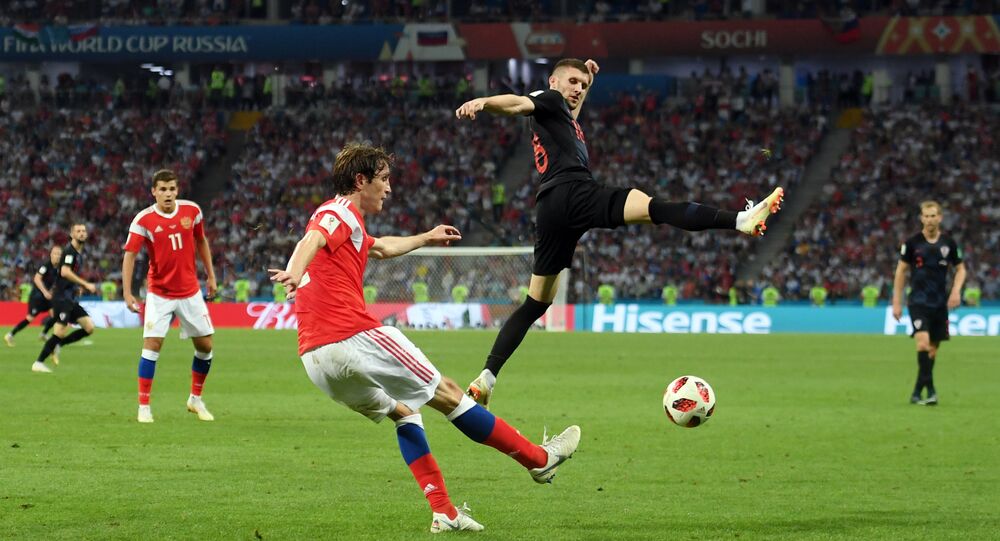 Croatia won against Russia in a last-ditch effort, scoring the decisive goal in the last penalty shot. How could Twitter cold-shoulder that kind of sporting drama?

the Croatia goal, just out of reach of the keeper, but Andrej Kramaric tied the score eight minutes later.

In extra time, Domagoj Vida bought Croatia an advantage at the 100th minute, which was spectacularly mitigated by Mario Fernandez's redirect of an Alan Dzagoyev strike. Vida then scored the winning goal during the penalty shootout.

Russia:- i want to go to Semi's
Croatia:- No you can't#RUSCRO #WorldCup pic.twitter.com/XaAevtIaKV

​​Users bombarded social media with reaction tweets and the absolute majority were jokes about how Russian President Vladimir Putin, being ex-KGB, allegedly plotted pressure on the Croatian team. What started semi-amusingly as: "bring me their families," eventually morphed into "pay that post" after the ball somehow hit the inner side of the post but managed to stay out of the goal. In fact, tweeters raced to see who could invent the worst punishment for Zagreb. Seriously, those are innumerable.

​A few tweets attempted to provide some, ahem, hard evidence.

Just in case they lose

The problem with being the home team is that, if you lose, you can't simply skip town.

#RUSCRO So is Russia going home or staying home??? pic.twitter.com/nngNKqfesa

​​Despite Russia's loss, many Twitter users spoke of Russian Team with deep respect.

Russia leaves the World Cup with pride and dignity.They did their best and played till their last breath. Their supporters should be proud of them #RUSCRO

Wow Russia. What an amazing performance all tournament and what amazing hosts you have been. Huge respect ✊#РоссияХорватия #RUSCRO

Just been on @skype with my Russian friend Vladimir. Like most Russians, he needs a hug right now.
Russia should be proud of their performances in this tournament #RUS #RUSCRO #Russia #RussiaVsCroatia #WorldCup pic.twitter.com/qRsccDkxj6

​​Other than the game itself, Croatian President Kolinda Grabar-Kitarović, who supported her team alongside Russian Prime Minister Medvedev, stole the hearts of many twitterians.

#RUSCRO
Croatia president know how to motivate their players pic.twitter.com/h03S0InJGw

​And, on an awkward note, some users got really confused by the #RUSCRO hashtag. Because — spoiler alert — Russell Crowe, in The Gladiator?

Somewhere Russell Crowe is wondering why he is trending? #RUSCRO pic.twitter.com/5KYF7J4Rsf

​The irony is strong in this one.