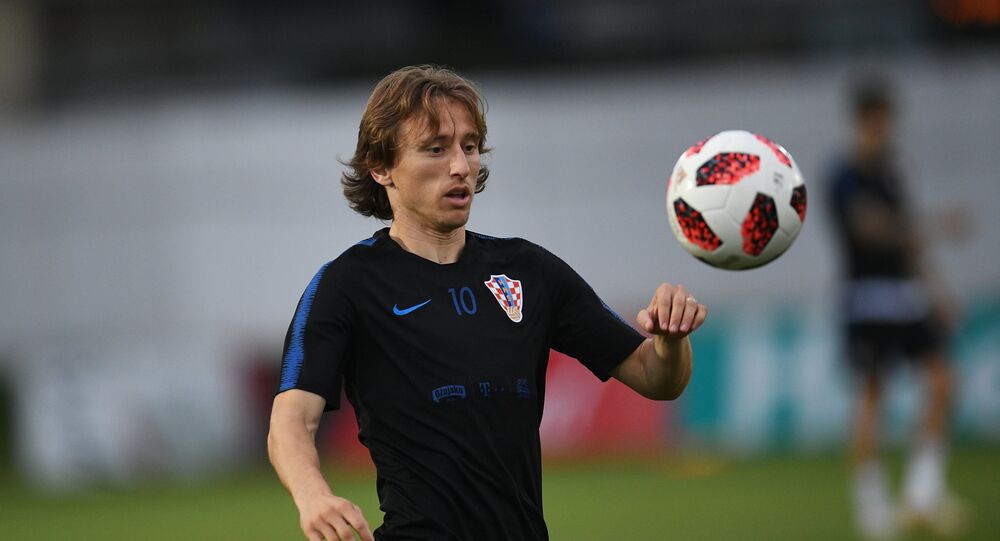 MOSCOW (Sputnik) - Russia "deserved" to go through to this summer's FIFA World Cup quarter-finals and Croatia expect a tough match against the hosts, Croatia captain Luka Modric said on Sunday, according to the tournament's official Twitter account.

"Here they are in the quarter-finals, where nobody expected them to be. They deserved that if you ask me. We expect a difficult match against them. We'll have to be much better than we were against Denmark, which I'm confident we will be," the Croatian player stated.

Modric added that fans' support helped Russia get through to the quarter-final beating Spain, who were considered to be favorites to win the match.

"They are the host team, very strong, they work hard and fight as a team. They showed that against Spain, they were underdogs with very few chances. In the end, they survived the penalties, with the help of the home fans. They run and fight a lot, they were rewarded for that," the 32-year-old player said.

© Sputnik / Nina Zotina
Russia Arrive in Sochi Ahead of World Cup Quarter-Final Match Against Croatia
Croatian players, who beat Denmark 3-2 on penalties in the round of 16, will face Russia in the quarter-finals at Sochi's Fisht Stadium on Saturday with the kick-off set for 21:00 Moscow time (18:00 GMT).